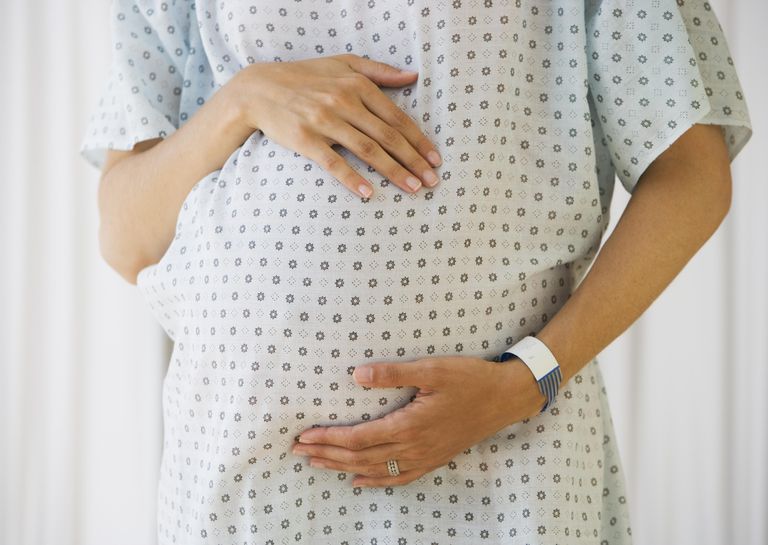 Women who develop postpartum cardiomyopathy experience the onset of heart failure either during the last month of pregnancy or within five months after delivering a baby. Because “postpartum” cardiomyopathy can actually occur before the baby is born, many cardiologists now refer to it as “peripartum cardiomyopathy.” (Peripartum means “around the time of childbirth.”)

Women who develop this condition usually have no prior underlying heart disease, and no other identifiable reason to develop heart disease. Their heart failure can be a temporary, self-limited condition, or can progress to permanent, severe, life-threatening heart failure.

The cause of postpartum cardiomyopathy is not fully known. There is evidence that inflammation of the heart muscle (also called myocarditis) may play an important role, and may be related to inflammatory proteins that sometimes can be found in the blood during pregnancy. There is also evidence that fetal cells that occasionally escape into the mother’s bloodstream can cause an immune reaction, leading to myocarditis. Furthermore, there may be a genetic predisposition to postpartum cardiomyopathy in some families.

In recent years evidence has accumulated that postpartum cardiomyopathy (as well as another disorder of pregnancy called preeclampsia) may be due to something called “angiogenic imbalance.” Angiogenic imbalance refers to the escape into the maternal circulation of substances formed in the placenta that partially block vascular endothelial growth factor (VEGF) in the mother. A lack of sufficient VEGF can prevent the mother’s blood vessels from completely repairing themselves during the normal wear and tear of life. The concept of angiogenic imbalance may offer a fruitful avenue of research for developing therapies to treat or prevent postpartum cardiomyopathy and other disorders of pregnancy.

Who Gets Postpartum Cardiomyopathy?

While postpartum cardiomyopathy is thankfully a rare condition (occurring in about 1 of 4,000 deliveries in the U.S.), some women seem to be at higher risk than others.

Risk factors for postpartum cardiomyopathy include: age over 30 years, having delivered children before, pregnancy with multiple fetuses, African descent, a history of preeclampsia or postpartum hypertension, or cocaine abuse.

What Are the Symptoms of Postpartum Cardiomyopathy?

How Is Postpartum Cardiomyopathy Treated?

The notable exceptions to “standard” heart failure treatment come into play when the heart failure occurs before the baby is delivered. Some of the “routine” treatments for heart failure should be withheld until delivery.

Specifically, ACE inhibitors such as Vasotec (enalapril), which are drugs that dilate blood vessels, should not be used during pregnancy, since these drugs can adversely affect the fetus. Instead, hydralazine can be substituted as a blood vessel dilator until delivery has occurred. Similarly, the drugs spironolactone and Inspra (eplerenone) — the so-called aldosterone antagonists, which can be helpful in treating some patients with dilated cardiomyopathy — have not been tested during pregnancy, and should be avoided.

Very recently, preliminary evidence has been reported suggesting that women with postpartum cardiomyopathy might benefit from the drug bromocriptine — a drug used to treat a variety of disorders including Parkinson’s disease and hyperprolactinemia.

Bromocriptine is not a completely benign drug, however (among other things, it stops lactation), and larger clinical trials will be necessary before it can be generally recommended.

It is especially important to know that women who have had postpartum cardiomyopathy — even the women who seem to have made a complete recovery — are at particularly high risk of developing the condition again with subsequent pregnancies.

And if postpartum cardiomyopathy occurs for a second time, the risk of more permanent and severe cardiac damage becomes very high.

So once a woman has had postpartum cardiomyopathy, it is important to take steps to avoid becoming pregnant again.

Postpartum cardiomyopathy is a serious cardiac condition that produces heart failure during late-term pregnancy or shortly after delivery. While treatment is available that helps the majority of affected women recover, it is still a dangerous cardiac problem that produces a substantial rate of disability and death. Women who have had this condition are at high risk of having a recurrence with subsequent pregnancies.

Comments Off on Postpartum Cardiomyopathy