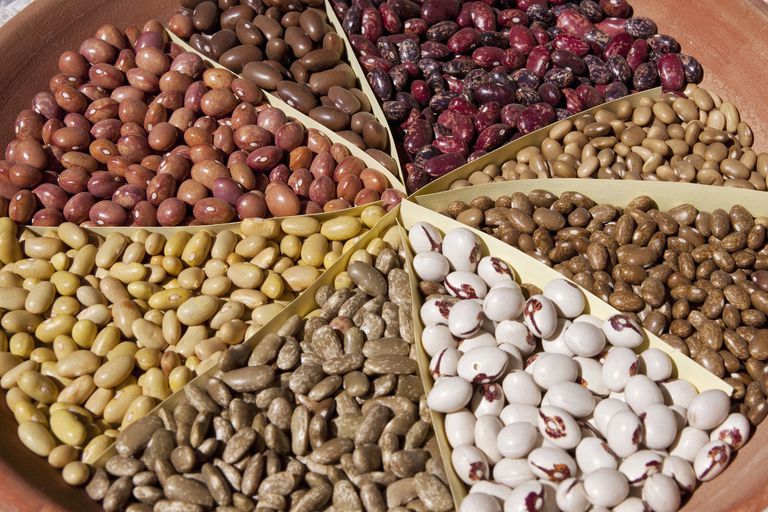 Why should you worry about gluten in beans—they’re a naturally gluten-free food, right? Well, yes, but they’re also a food that’s subject to significant gluten cross-contamination… and that can be a problem for those of us with celiac disease or non-celiac gluten sensitivity.

How does this contamination with gluten occur? Well, it mostly happens in farmers’ fields—it’s common for farmers to grow beans and gluten grain crops in rotation, and they use the same planting, harvesting and storage equipment for both.

For example, lentil crops frequently are rotated with barley and in some areas, farmers alternate between wheat and chickpeas (garbanzo beans) or wheat and green peas. (Soybeans have their own issues.)

When farmers use the same harvest and storage equipment for beans and gluten grains, then some cross-contamination is inevitable. The amount of gluten grain residue on beans processed in this way isn’t high, but it’s high enough to potentially make you sick, especially if you’re more sensitive to trace gluten than average.

How Can We Get Truly Gluten-Free Beans?

Beans are a great source of vegetable protein and fiber, and just make a nice addition to many dishes. If you’re following a gluten-free vegetarian or vegan diet, you’ll want to be able to eat beans for the protein (not to mention the variety).

But what does this cross-contamination issue mean for the gluten-free community at large, and for you, specifically?

First, know that not all bean crops are badly cross-contaminated. However, it’s a big enough problem that some companies call out the risk on the labels of their dried beans with the statement “May Contain Wheat” (this is a voluntary statement, by the way, and they don’t have to add it). It’s possible to find barley kernels in bags of dried lentils, and friends have found wheat or barley in other packaged beans, as well.

However, you won’t be able to tell whether your bag of mung beans (or kidney beans, or green peas, or adzuki beans) is cross-contaminated without eating them and then waiting to see if you eat gluten—not a great way to find out.

That’s why we urge anyone with celiac or gluten sensitivity—especially those who are particularly sensitive to trace gluten—to purchase only beans that are sold by a company that does its due diligence to keep them gluten-free. There are two companies we recommend, one of which is required to meet standards of less than 10 parts per million of gluten, and the other of which tests to ensure that its beans contain less than 5 parts per million of gluten.

For comparison purposes, the U.S. Food and Drug Administration (along with Canada and most of Europe) legally defines “gluten-free” as less than 20 parts per million of gluten.

There’s no guarantee that you won’t still react to those beans, but the odds are considerably less.

Fortunately, there are two companies selling dried beans that take care to make sure they’re safe:

Be aware that some people react even to beans that are certified gluten-free. If that’s the case for you, learn about beans for those sensitive to trace gluten.

However, most people with celiac or gluten sensitivity should do fine with one of these two bean options, since the companies have taken steps to make certain their beans exceed legal “gluten-free” standards.