Should You Avoid Dairy When You Have a Cold? 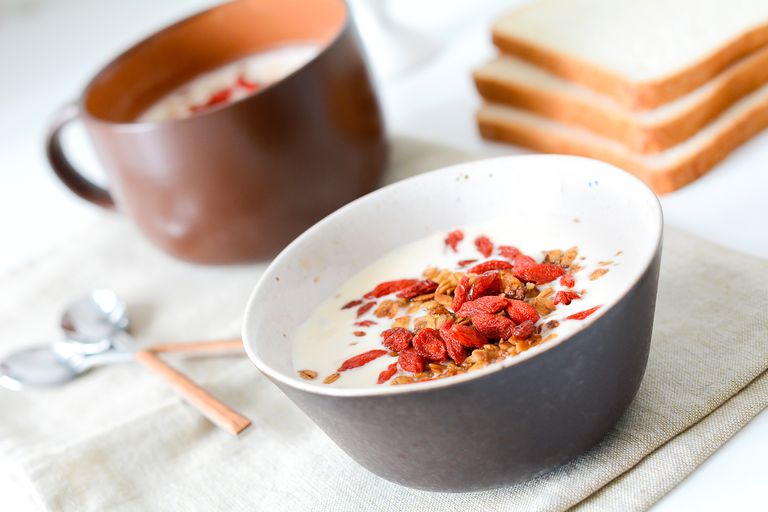 “Don’t eat dairy when you have a cold. Milk creates mucus.” Chances are good you have heard one of these statements—or some variation of them—before. Many people believe that dairy products create more mucus when you are sick. But is there any proof? Is there really any evidence to back up this commonly held belief?

Colds, the flu, and other upper respiratory infections make us feel pretty crummy. They cause all sorts of symptoms like a runny nose, congestion, coughing, sore throat, and sometimes fever. Many of these symptoms occur in response to the virus invading our bodies. Essentially these symptoms are a defense mechanism—a way that our bodies try to get rid of the virus that is making us sick. Increased mucus production is one way that your body fights infection, and even though it’s no fun to deal with, it actually does serve a purpose.

So, if your body is creating mucus to rid your body of an infection or another foreign invader like an allergen, could dairy products have any bearing on the amount? As it turns out, probably not.

What the Science Says

There have been several studies designed to test the theory that dairy products increase mucus production. The outcomes of these studies show that it doesn’t. Drinking milk or eating dairy products does not create more mucus.

When people are asked how they feel if they are congested and then consume dairy products, they often report feeling like their mucus production increased. However, the scientific proof doesn’t back up these self-reports.

One study measured mucus production when people blew their noses into tissues and weighed them. Another study tested how people felt after drinking either cow’s milk or soy milk, and the results were the same. The participants did not know which type of milk they were drinking but reported very similar symptoms. Both of these studies concluded that there is no evidence that dairy has an impact on mucus production.

Why People Believe This

Drinking milk can make mucus feel thicker and leave a temporary coating in the mouth and throat. It’s possible these effects led to the belief that dairy products—and milk in particular—increases mucus production when it actually doesn’t. You may feel like you have more mucus in your throat when you drink milk because it feels thicker, but there isn’t actually any more of it there.

In some cases, people who actually have an allergy to milk or dairy products may experience an increase in mucus production as a part of an allergic reaction. However, most people who have a true dairy allergy experience symptoms such as hives (rash), vomiting, stomach pain, bloody stools, or anaphylaxis when they consume dairy products.

What You Can Do About Mucus

So, now that we know dairy products don’t have any bearing on mucus production, you may want to know what you can do to help when your nose and head feel congested. There’s really no reason to avoid dairy products, but there are other things you can do.

There are a lot of “old wives’ tales” out there that people believe because they heard them for as long as they can remember. If everyone you know tells you something is true, you tend to believe it is. But when it comes to science and medicine, we have found that a lot of those commonly held beliefs aren’t as true as many people believe. So now you know, dairy doesn’t create mucus, so you don’t have to avoid the ice cream if you have a cold.

Comments Off on Should You Avoid Dairy When You Have a Cold?