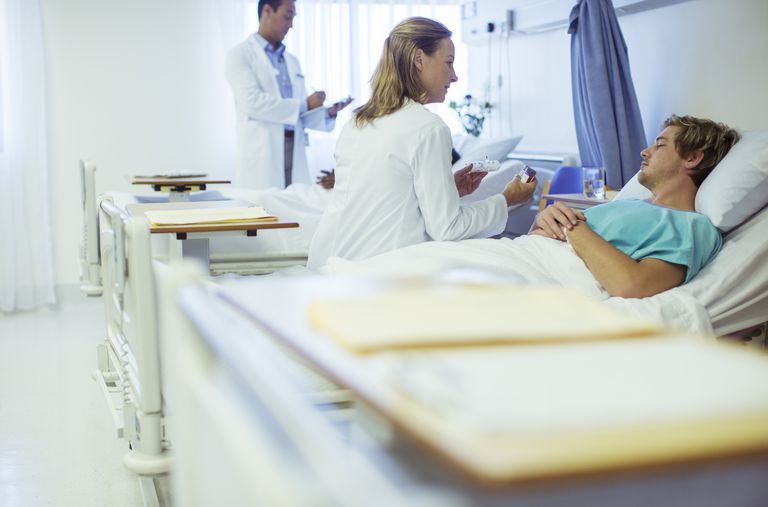 In a 2017 article published in JAMA Neurology, George and co-authors examined the increased frequency of acute ischemic stroke among young people.

Going back even further, from between 1995 and 1996, the rates of stroke have almost doubled for men aged between 18 and 34.

Here are some other findings from the study regarding cardiovascular risk factors for people aged between 18 and 64 who were hospitalized for acute ischemic stroke between 2003 and 2012:

In an original investigation, Scientific American took the results of this study one step further. They specifically looked at where in the United States there were the highest increases in stroke among young people. They found that the steepest increases were in the West and Midwest. Additionally, cities saw bigger increases than did rural areas.

Although the South is referred to as the “Stroke Belt,” and the highest absolute number of strokes occur there, the greatest increases in stroke frequency among young people is occurring in the West and Midwest. The number of strokes in the South was already high; thus, the relative increase in stroke frequency isn’t as much as in the West and Midwest, where stroke rates were lower.

Technology could also play a role in the dramatic increase in stroke frequency observed in the West and Midwest. Specifically, in the Northeast, where stroke rates among young people didn’t increase as much, diagnostic imaging like MRI may be more readily available and more strokes may be diagnosed.

Use of illicit drugs, such as meth and crack, could play a role in the increase in acute ischemic strokes.

Experts hypothesize that the one reason why strokes are more frequent in urban rather than rural areas is because urban areas are more polluted. Moreover, because many rural hospitals have shuttered in recent years, people living in rural areas could be traveling to urban hospitals for treatment, thus inflating stroke rates of urban areas.

We must keep in mind that all these possible explanations—diagnostic imagery, drugs, pollution, and a paucity of rural health care—are mere conjectures. More research must be done to understand trends in stroke frequency.

Increases in stroke rates among young people complement other increases in cardiovascular risk factors, such as obesity and diabetes.

In a 2014 article published in JAMA Pediatrics, Skinner and Skelton examined serial cross-sections of the U.S. population between 1999 and 2012. These samples included children between 2 and 19 years old.

The researchers found that there may be a stabilization in obesity prevalence. However, there’s been a spike in higher classes of obesity (i.e., BMI of 35 or greater). Of note, more severe forms of obesity are more closely associated with cardiometabolic risk, including stroke.

In a 2017 study published in JAMA, Mayer-Davis and co-authors found that the incidence of type 2 diabetes rose between 2002 and 2012. Type 2 diabetes is a cardiovascular risk factor and contributes to stroke.

Using population-based analyses, for kids aged between 10 and 19, they found that there was a 4.8 percent annual increase in the incidence of type 2 diabetes. This increase was particularly pronounced among minority racial and ethnic groups. For instance, among Native American youths, there was an increase from 3.1 percent to 8.9 percent.

Of note, the results of this study concur with findings from previous research done by the same researchers: Between 2001 and 2009, there was also an increase in the prevalence of type 2 diabetes among youth.

Increased stroke and associated risk factors among young adults is concerning for at least two reasons:

Identifying a trend in rising stroke and cardiovascular risk factors among young adults is merely a first step. The bigger question is how to treat what can become a serious epidemic.

In a 2015 article in Stroke titled “Obesity Increases Stroke Risk in Young Adults Opportunity for Prevention,” Kernan and Dearborn write the following:

In other words, it’s still unclear whether prevention of stroke should focus on either obesity or conditions that are caused by the obesity, such as high blood pressure and high cholesterol.

The authors argue that if we had better treatment options for obesity, there would be no question that the obesity should be the focus of stroke prevention among young adults. Furthermore, treating hypertension, although a cause in the development of stroke, may leave some other residual factors untreated.

Again, according to the researchers:

“[E]ven optimal prescription of risk-reducing therapy (e.g., hypertension therapy) would still leave many young obese patients exposed to untreated risk. This is particularly true because the only practical risk-reducing therapy for mediators of vascular disease in obesity is hypertension therapy. Research has not firmly established that tight control of diabetes mellitus reduces risk for vascular disease; there are no specific therapies recommended for treating the inflammation of obesity, and many young patients are not currently considered candidates for lipid-lowering therapy.”

In other words, it’s difficult to treat patients for risk factors for stroke resulting from obesity. Tight control of diabetes has not yet been proven to decrease stroke risk. Moreover, there is no specific way to treat the inflammation that accompanies obesity which predisposes to stroke and heart disease. Finally, many young people wouldn’t qualify for lipid-lowering therapy, such as statins.

Research has pointed to an increase in stroke and related cardiovascular risk factors among young adults. This finding is concerning because it could portent a much larger issue, with a much higher incidence of more serious, acute ischemic stroke in coming years.

Right now, there is no single agreed upon way to prevent stroke, a disease which can be incredibly debilitating and seriously affect individuals and families. The best preventive advice that a young person can follow is to limit risk factors for acute ischemic stroke to begin with. Young people need to avoid becoming obese, avoid smoking, and receive appropriate treatment for hypertension.

Finally, please keep in mind that only a minority of strokes—between 5 and 10 percent—occur in children and young adults. By no means is the number of strokes affecting millennials a majority of strokes. Nevertheless, any case of acute stroke affecting a young person is highly concerning, and increasing trends are a public health priority.

Comments Off on Stroke, Obesity, and Diabetes Increasing Among Millennials