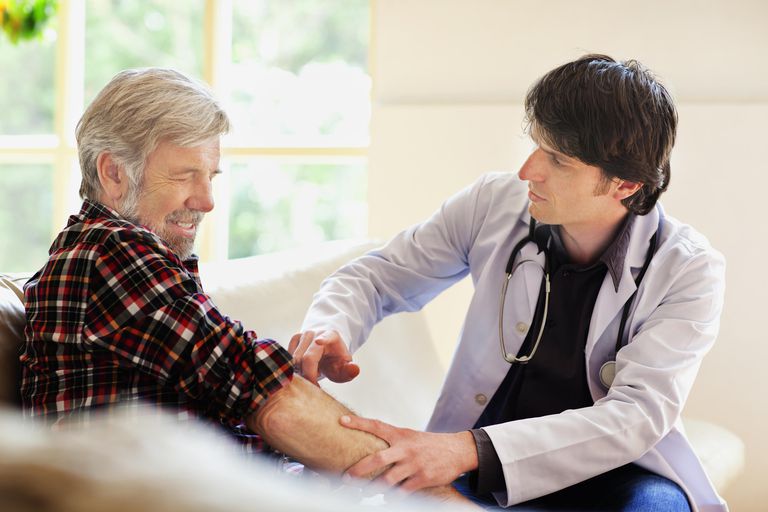 Subclavian steal syndrome, a form of peripheral artery disease (PAD), is a set of symptoms caused by a blockage in one of the subclavian arteries, the large arteries that supply the arms. Because of the location of the blockage, blood is shunted (“stolen”) away from the brain to the affected arm. Consequently, the symptoms of subclavian steal syndrome include not only arm symptoms but also neurological symptoms.

To understand subclavian steal syndrome, it is helpful to know something about the anatomy of the blood vessels in the head and neck. Blood is ejected into the aorta with each heartbeat, into the aortic arch—a horseshoe-shaped bend in the aorta located at the base of the neck. From the arch, the aorta courses downwards to the chest and abdomen.

At the base of the brain, the two vertebral and two carotid arteries all communicate with each other in a vascular structure called the Circle of Willis. The Circle of Willis allows blood to be shunted from one artery to another, as a way of protecting brain tissue if one of the carotid or vertebral arteries should become blocked.

As a result, not only does the affected arm have a diminished blood supply, but so does the brain.

The symptoms of subclavian steal syndrome depend on the degree of blockage in the subclavian artery, and on the amount of work being performed by the affected arm.

Typically, there may be no symptoms at all at rest. But, if the blockage is great enough, when the affected arm is exercised, two things happen. First, the arm muscles become starved for oxygen, producing claudication (dull pain and cramping). But more importantly, more blood is shunted away from the brain, and neurological symptoms occur due to insufficient blood flow. These neurological symptoms may include lightheadedness, syncope (loss of consciousness), double vision and other visual disturbances, ringing in the ears, and vertigo.

As the degree of blockage increases, symptoms occur with less and less arm exercise.

To diagnose subclavian steal syndrome, first the doctor needs to look for it. This may not happen unless the patient describes symptoms that suggest this diagnosis.

The diagnosis can be confirmed by non-invasive testing, such as with an MRI or CT scan, or with ultrasound (echo) techniques.

Because subclavian steal syndrome is a form of PAD, it is treated the same way any PAD is treated.

Atherosclerotic cardiovascular disease is a progressive disease that affects blood vessels throughout the body. It is critically important to employ all the risk reduction measures known to slow the progression of atherosclerosis, including smoking cessation, blood lipid management, control of hypertension, weight management, exercise, and control of diabetes.

The symptoms of mild subclavian steal syndrome may improve with such measures. If symptoms are significant or persistent, however, the blockage itself can be treated with a surgical bypass procedure, or with angioplasty and stenting.