The Benefits and Uses of Banaba 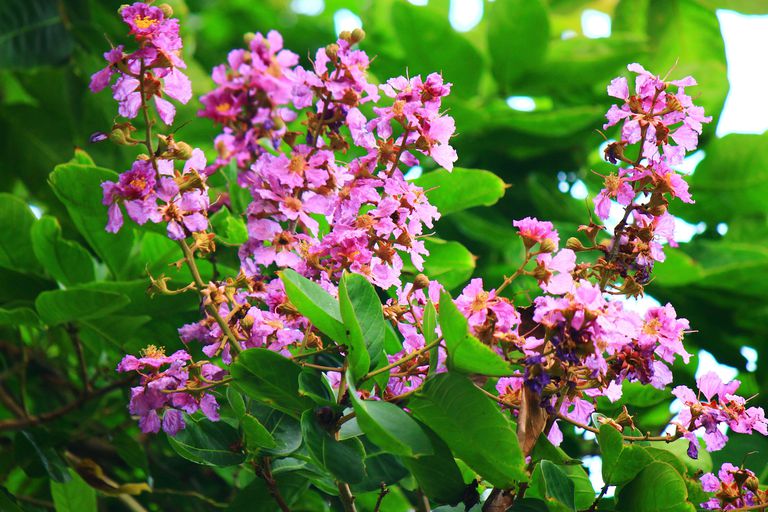 Banaba is an herbal remedy extracted from the leaves of Lagerstroemia speciosa, a tree native to Southeast Asia. Long used in folk medicine, banaba is available in supplement form. Proponents claim that banaba can promote weight loss and treat a wide range of health problems.

Banaba is touted as a natural remedy for the following conditions:

In addition, banaba is often marketed as a natural weight loss aid. Some proponents also suggest that banana can aid in detox and enhance liver health.

There is currently a lack of scientific evidence for the health effects of banaba. Some preliminary research indicates that banaba may offer certain benefits, however, the studies are often dated or use a combination of herbs. Here’s a look at several key study findings:

According to a 2015 report published in Frontiers in Bioscience, banaba and other natural supplements (including cinnamon, biotin, fenugreek, ginseng, and alpha-lipoic acid) “have to potential to reduce the risk for type 2 diabetes in the large at-risk population.” The report also indicates these natural supplements may help with glycemic control, long-term prognosis, and/or reduce the need for insulin therapy when used as an adjunct to standard care in the treatment of diabetes.

Findings from laboratory studies and animal-based research suggest that banaba may help control diabetes. In a study published in Diabetes Research and Clinical Practice, researchers evaluated the effect of the banaba compound corosolic acid and found that those who had ingested corosolic acid had lower blood glucose levels 90 minutes later, according to an oral glucose tolerance test.

In a study published in Phytotherapy Research in 2014, researchers assessed the effectiveness of a blend of plant extracts (including banaba) on weight loss. After the 12-week treatment period, those taking the extract blend had lost significantly more weight and body fat mass compared to those taking a placebo. There was also a greater reduction in waist and hip circumference.

Side Effects and Safety

Very little is known about the safety of using banaba in the long term. However, there is some concern that banaba may reduce blood sugar levels. A 2012 review found that banaba use was associated with mild adverse effects.

In a case report, corosolic acid was associated with acute kidney injury and lactic acidosis in a person with diabetes who had impaired kidney function (and was taking a nonsteroidal anti-inflammatory drug).

Supplements haven’t been tested for safety and due to the fact that dietary supplements are largely unregulated, the content of some products may differ from what is specified on the product label. Also keep in mind that the safety of supplements in pregnant women, nursing mothers, children, and those with medical conditions or who are taking medications has not been established.

Furthermore, it’s important to note that self-treating diabetes or any other condition with banaba and avoiding or delaying standard care may have serious consequences.

Due to the lack of supporting research, it’s too soon to recommend banaba for any health-related purpose. If you’re considering using banaba, consult your primary care provider first.

To boost your diabetes defense, consider using cinnamon (a spice said to aid in blood sugar control). There’s also some evidence that drinking tea and maintaining adequate levels of vitamin D may help with diabetes prevention.

Comments Off on The Benefits and Uses of Banaba