The Benefits of Tribulus Terrestris 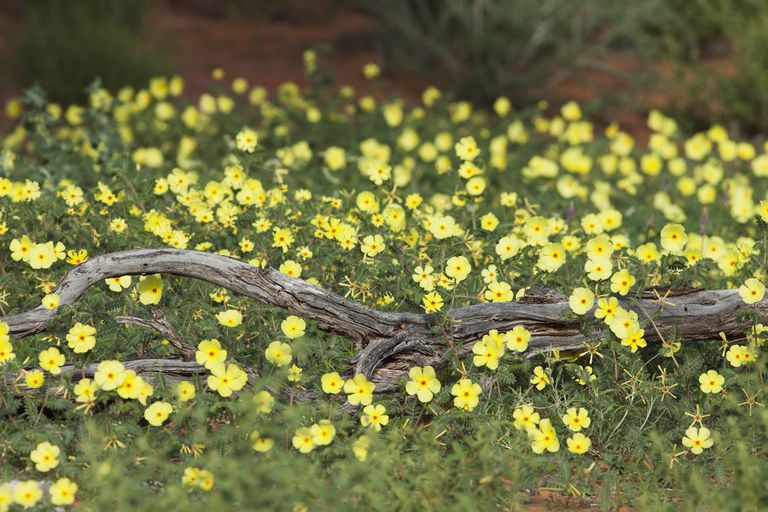 Tribulus (Tribulus terrestris) is a small, flowering plant also known as puncture vine and goat’s head. The plant yields a fruit that is covered with spines. The fruit, leaf, and root are used as medicine to treat a number of conditions, most notably sexual dysfunction.

Tribulus has long been used in traditional Chinese medicine, as well as in ayurveda to enhance athletic performance or increase libido. Tribulus is also said to raise your levels of certain hormones, including testosterone and estrogen, and is found in supplements claiming to increase testosterone levels.

In addition, tribulus is purported to help a variety of health issues such as high blood pressure, high cholesterol, kidney stones, erectile dysfunction, sexual dysfunction, and act as a diuretic.

Here’s a look at selected findings from the available research on tribulus.

Dietary supplements containing tribulus are often marketed for their potential to increase testosterone levels and, in turn, build muscle mass and boost strength. However, a report published in the Journal of Dietary Supplements in 2014 states that such marketing claims are unsubstantiated.

In the analysis of 11 previously published clinical trials, the report’s authors determined that a testosterone-increasing effect was found only when tribulus was consumed by way of supplements containing a combination of substances.

In a report published in Drugs in 2018, researchers sized up previously published clinical trials. According to the report’s authors, their analysis demonstrated that “T. terrestris produced mixed results.”

Additionally, a small study published in Gynecological Endocrinology in 2018 indicates that tribulus may help treat sexual dysfunction in women.

For the study, 40 women with diminished libido were treated with tribulus or a placebo. At the study’s end, those who received tribulus had increased testosterone levels and experienced a significant improvement in factors such as desire, arousal, pain, and satisfaction.

Tribulus may fight diabetes, suggests a small study published in the Journal of Evidence-Based Complementary and Alternative Medicine in 2016. In the study, women with type 2 diabetes received either three months of tribulus treatment or a placebo. Blood glucose, total cholesterol, and LDL cholesterol were significantly reduced compared with the placebo. There was no significant effect observed in triglyceride and HDL cholesterol levels.

Since so few studies have tested tribulus’ health effects in humans, little is known about the safety of long-term use of this herb. However, there’s some concern that tribulus may trigger side effects such as increased heart rate and restlessness.

In addition, some research indicates that tribulus may increase prostate weight. Men with conditions such as benign prostatic hypertrophy or prostate cancer should avoid the use of this herb.

Because tribulus may reduce blood sugar levels, taking the herb in combination with diabetes medication may cause your blood sugar to become dangerously low.

According to a case report, a 36-year old man was diagnosed with priapism (a prolonged and painful erection of the penis) after consuming an herbal supplement containing tribulus.

Dietary supplements are largely unregulated, and in some cases may contain substances or ingredients that are not on the label. The risk may be higher for supplements marketed for athletic performance, which may be contaminated with anabolic steroids and other substances, resulting in unintentional doping.

Various doses of tribulus have been used in studies investigating the plant’s health benefits. For example, for a study investigating erectile dysfunction, a dose of 250 mg taken three times daily for three months was used. However, many studies involve tribulus in combination with other ingredients.

Due to the lack of research and safety information, it’s too soon to recommend tribulus for any health purpose. If you’re still thinking of using it, be sure to consult your doctor first to see if it’s appropriate for you.

Because tribulus has been purported to help improve sexual function and enhance muscle development, this is a supplement that you’ll see in many health food stores and vitamin shops. The supplement is also widely sold online. Often, the herb is combined with other ingredients. These combinations have not been tested for safety or effectiveness. You should discuss your use of tribulus with your healthcare provider to make sure that it is safe for you to use.

If you choose to buy a tribulus supplement, the National Institutes of Health (NIH) recommends that you look for a Supplement Facts label on the product that you buy. This label will contain vital information including the amount of active ingredients per serving, and other added ingredients like fillers, binders, and flavorings.

Lastly, the organization suggests that you look for a product that contains a seal of approval from a third party organization that provides quality testing. These organizations include U.S. Pharmacopeia, ConsumerLab.com, and NSF International. A seal of approval from one of these organizations does not guarantee the product’s safety or effectiveness but it does provide assurance that the product was properly manufactured, contains the ingredients listed on the label, and does not contain harmful levels of contaminants.

Comments Off on The Benefits of Tribulus Terrestris dietary supplements