The Difference Between Migraine and Sinus Headache 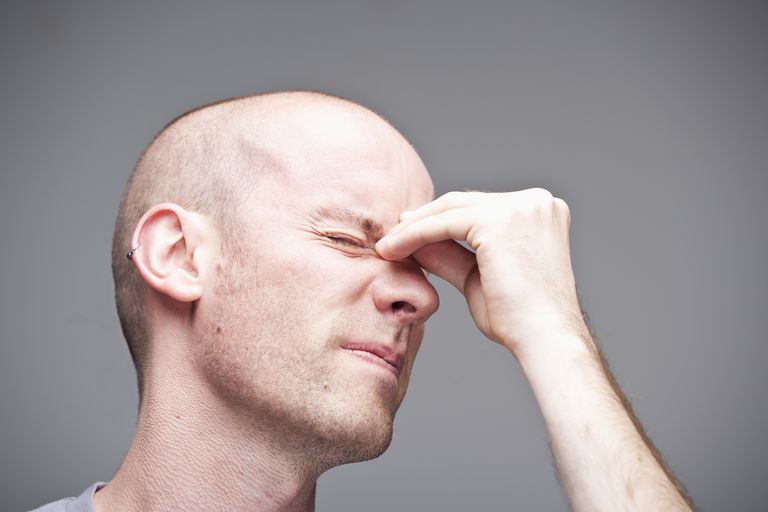 Your head is pounding, your nose is running, and your face feels as if it’s being squeezed in a vise. It seems like every other day or so a sinus headache lays you low. You down a couple of over-the-counter pain pills and try to soldier on, wondering if you should call your doctor for another round of the antibiotics he may have prescribed the last time this happened.

You’re right to see your doctor, but do be prepared to possibly find out that your sinuses aren’t to blame for your headaches. There’s a very good chance you’re having migraines rather than head pain caused by an infection (sinusitis) or by seasonal allergies, all of which share a constellation of similar symptoms.

And if that’s the case, you’re in good company: Nearly 90 percent of people who believe they have sinus headaches, whether they diagnose themselves or are diagnosed by a doctor, actually have migraines, studies have shown.

Other research has found these patients can go for years without a correct diagnosis or proper treatment. If you suffer from frequent sinus headaches that don’t seem to get better with treatment, talk to your doctor about the possibility you’re having migraines instead.

When you consider the criteria used to diagnose migraine headaches and those caused by a sinus infection, which can be caused by either virus, bacteria, or seasonal allergies, it’s easy to see why the latter often is mistaken for the former.

These symptoms are among those often shared by the two conditions:

It may be obvious, but it’s important to note that the type of migraine that’s most often mistaken for a sinus headache is migraine without aura—that is, a migraine without any preceding visual or other sensory disturbances.

An Overview of Migraine Without Aura

Despite the similarities between sinus headaches and migraines without aura, the two conditions actually have several markedly different symptoms and characteristics. That’s why even if you’re convinced your headaches are due to a sinus infection or similar ailment, it’s a good idea to not write them off as such and attempt to treat yourself.

This is especially important if you’re experiencing any of the symptoms in this snapshot of main differences between migraines and sinus headaches:

Aside from the head pain itself, most people who have frequent migraines also experience an array of other symptoms:

Armed with a basic understanding of the most common and obvious differences between migraine headache without aura and headaches caused by a sinus infection, you should be able to make an educated guess about which is most likely to be causing your headaches. That said, even if you feel absolutely certain you have sinus headaches rather than migraines, see your doctor for a definitive diagnosis. This way you’ll be sure to get the treatment you need as quickly as possible.

Comments Off on The Difference Between Migraine and Sinus Headache migraines