The Effects of Hypertension Medications on Asthma 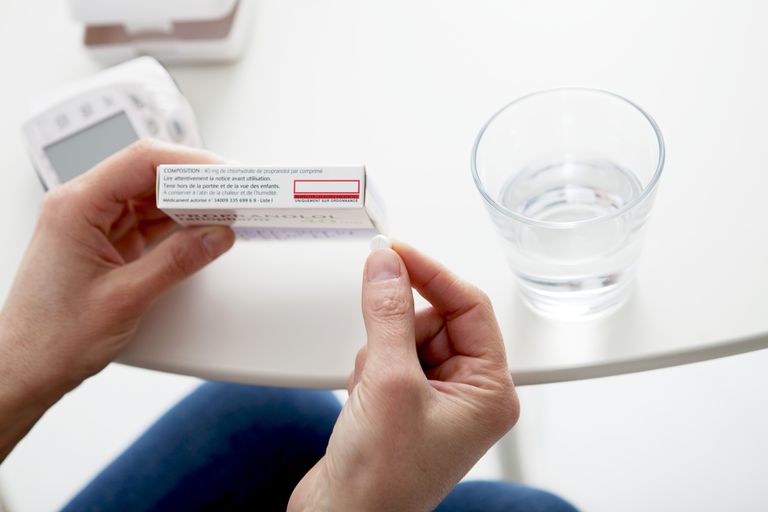 Because high blood pressure and asthma are prevalent diseases, it’s common for people to have both at the same time. While this combination isn’t unusually dangerous, it can present some difficult treatment challenges. Because some of the most effective and proven blood pressure medications are known to cause negative effects in people with asthma, care is required in developing effective treatment plans.

Hypertension Drugs That Are Problematic in Asthma Patients

Among the many different drugs available for treating high blood pressure, beta blockers and angiotensin-converting enzyme (ACE) inhibitors have the most potential to cause problems in asthmatic patients.

The beta blockers used to treat high blood pressure are not very selective, so they don’t do a good job distinguishing between the different types of receptors on blood vessels and respiratory passages. This is in contrast to the beta-agonist or stimulating, drugs used to treat asthma, such as albuterol, which generally targets only the receptors on respiratory passages.

Because beta blockers are so effective at treating high blood pressure, an effort has been made to develop versions that do a better job discriminating between blood vessels and respiratory passages. These drugs, called beta-1-selective blockers, have been subjected to a variety of clinical tests in order to determine their safety in asthmatic patients.

Clinical tests and studies have shown that while the beta-1-blockers are safer for asthmatic patients, they still showed a tendency to constrict the respiratory passages in some people. For this reason, even these more selective drugs are rarely prescribed to people with asthma.

Along with beta blockers, ACE inhibitors may present some problems if you have asthma. One of the most common side effects of ACE inhibitors is persistent, dry cough, which occurs in up to 20 percent of people. Studies have shown that this cough results from a type of respiratory activity called an “asthma equivalent,” meaning that the activity inside the respiratory passages mimics the effects of asthma.

While serious reactions to ACE inhibitors are rare in people with asthma, they have been reported. For these reasons, ACE inhibitors are usually not considered as a first line (initial) drug of choice, though they may still be used as long as your prescribing doctor carefully monitors their effects.

Hypertension Drugs That Are Safe for Patients With Asthma

Many drugs for treating hypertension are safe to use in patients with asthma, including:

A Word of Caution About Diuretics and Low Potassium

One side effect of diuretic treatment—in all patients, not just those with asthma—is low potassium, called hypokalemia. Though all patients treated with diuretics have some risk of developing hypokalemia, this risk is somewhat higher if you use inhaled asthma drugs.

Asthma medications have a tendency to force potassium out of your blood and into your cells, where it’s not freely available. This tendency, combined with the potassium-sapping nature of diuretics, means that if you’re using these two types of drugs at the same time, you’ll need to have your potassium levels monitored regularly. Additionally, your doctor will probably put you on a low dose of diuretic to reduce the risk of hypokalemia.

The Safety of Other Hypertension Drugs in Asthmatic Patients

Some hypertension drugs are considered neither safe nor unsafe for use in people with asthma. Usually, this undefined status is because the drugs haven’t been specifically studied in people with both high blood pressure and asthma.

In fact, most of these drugs—including clonidine and hydralazine—tend to be rarely used anyway, which makes the idea of specifically investigating their use in asthma patients unattractive.