The Health Benefits of Bay Leaf 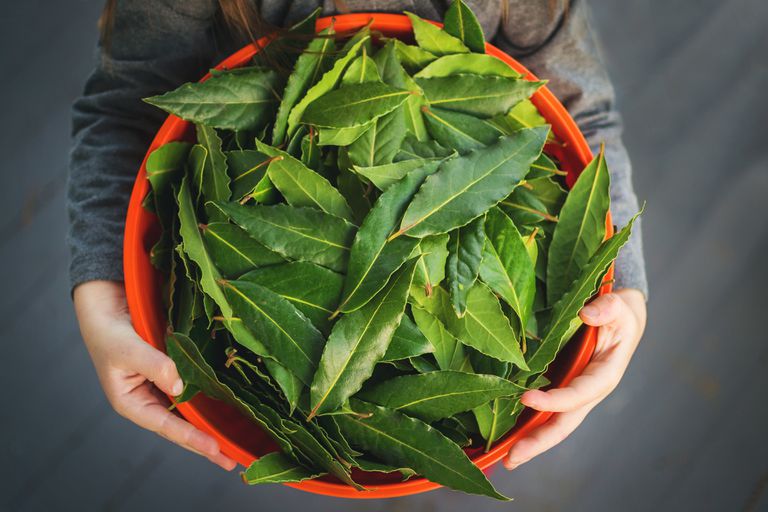 Each variety of bay leaf has a slightly different taste. Bay leaves may be used fresh, dried, ground, or whole. There are a variety of health benefits and uses of bay leaves, making them a popular herb for cooking.

Bay leaves are a smart way to enhance the taste of your meals without using sodium.

Some consumers also believe that bay leaves provide other benefits. Some consumers prepare tea with bay leaves, add bay leaves to their baths, or crush bay leaves into a skin cream to improve health. For example, bay leaf has been used by some to treat cancer, gas, dandruff, and joint pain or boils (for which bay leaves have been used topically on the skin).

However, there is not enough scientific evidence to support the use of bay leaf for these benefits.

There is limited evidence suggesting that bay leaf may provide benefits to people with diabetes. In a study published in the Journal of Biochemical Nutrition, type 2 diabetes patients took capsules of 1, 2, or 3 grams of ground bay leaf per day for 30 days. A fourth group took a placebo.

The three groups who consumed bay leaf had lower glucose levels and improved cholesterol profiles at the end of the trial.

A single bay leaf used in cooking is not likely to change the nutritional value of the dish being prepared. Usually, the leaf is removed from the dish before you eat it. Even if the leaf is left in the soup, casserole, or other dishes, it doesn’t provide significant micro or macronutrients.

If crumbled bay leaves are consumed in a dish, you may gain a few nutritional benefits. A 1-tablespoon serving provides about 5 calories, primarily in the form of carbohydrate. Micronutrients in bay leaves include vitamin A, vitamin C, vitamin B6, manganese, iron, and calcium.

You’ll find whole bay leaves in the spice section of most grocery stores all year long. You’ll also see dried, crumbled, or ground bay leaves. However, many cooks feel that ground bay leaves are too strong and prefer to use (and discard) a whole leaf in dishes that they cook.

Fresh bay leaves may be found in the produce section of some markets. However, fresh bay leaves don’t last long and are usually not preferred by cooks.

Most people store bay leaves in their spice cabinet. However, some say that freezing bay leaves is the preferred way of storing this herb. Many chefs recommend storing bay leaves in the freezer because the leaves retain more flavor when frozen than they do when stored in a cool, dry space.

Bay leaf is widely used in soups, stews, and other savory dishes from a variety of cuisines. Try any of these delicious bay leaf recipes:

Bay leaves should not be consumed whole. The leaf remains intact and cannot be digested. It may become lodged in the throat or cause damage to the intestinal tract.

Bay leaf and ground bay leaf is likely safe when consumed in amounts typically found in food. It is also possibly safe when taken medicinally for a short-term period. However, there is not enough scientific evidence to know the effects of bay leaves if higher doses are consumed or if it is used long-term.

What is a suitable substitute for bay leaves in recipes?

Cooks often use oregano or thyme if they do not have a bay leaf handy for their recipes.

Should I use fresh or dried bay leaves in recipes?