The Health Benefits of Chicory Root 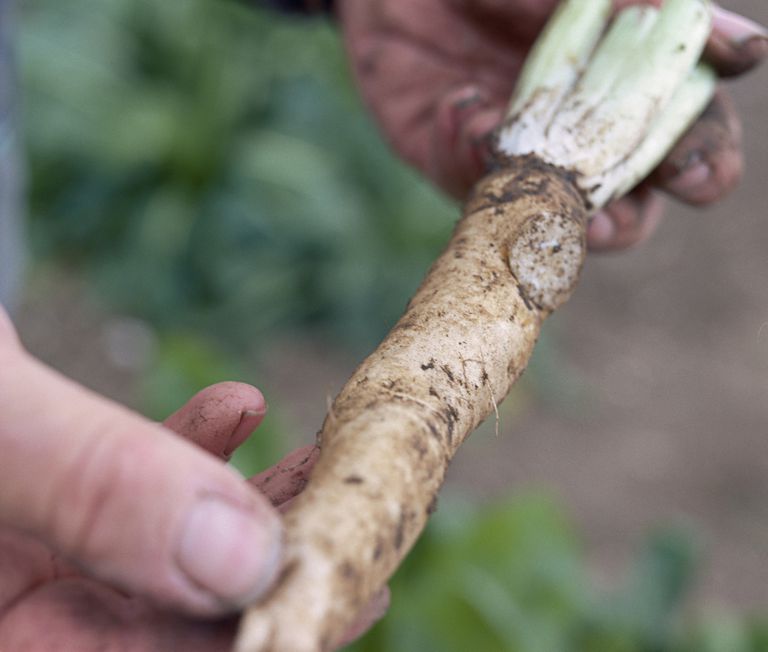 Chicory (Cichorium intybus) is a plant that is widely grown in northwestern Europe. Chicory roots are a rich source of a water-soluble fiber called inulin. Chicory inulin is not digestible and can be used to replace dietary fat or sugar in some processed and functional foods. Using inulin instead of sugar or fat can result in a lower-calorie food.

Chicory root is also commonly used in the preparation of a bitter coffee substitute in France and Japan. Chicory root coffee is becoming more popular in certain areas of the US.

While chicory root inulin may have a significant value as a fat-replacer in foods, it can also increase the added fiber content of foods and help promote healthy digestion.

One published evaluation of chicory root inulin as a prebiotic and fiber explains that almost 90 percent of the inulin passes to the colon and is digested by bacteria present there.

Functional foods with inulin like chicory root can not only increase daily fiber intake to boost regularity but because these foods may also have a lower calorie and fat content than comparable foods without inulin, they may also help decrease overall calorie intake.

Research studies investigating the inulin in chicory root have found other benefits as well.

Another study explored the science behind different chicory root uses including chicory root juice for uterine cancer prevention and tumors, chicory tea for jaundice, and chicory tea as a tonic and purifying medicine for infants. Researchers conclude that even though some biological studies support some health benefits of chicory, more high-quality studies on humans are needed to confirm the full range of benefits provided by chicory.

Topically, people also use chicory for swelling, inflammation, and osteoarthritis. An industry-funded study demonstrated that taking a chicory supplement may have a potential role in the management of osteoarthritis, but more evidence is needed to confirm this benefit.

In the United States, inulin has attained Generally Recognized as Safe (GRAS) status by the FDA. Chicory is likely safe when consumed in amounts typically consumed in foods.

According to the Natural Medicines Comprehensive Database, chicory root is generally well tolerated when consumed by mouth. However, some people may experience symptoms including flatulence, belching, abdominal pains, intestinal sounds, and bloating.

Chicory root may be unsafe to consume during pregnancy and not enough is known about chicory root effects on breastfeeding, so health experts advise caution. Also, those with a ragweed allergy, gallstones, diabetes, or who may be undergoing surgery within two weeks are advised to check with their healthcare provider before consuming ragweed.

Lastly, consuming chicory root along with a calcium supplement might increase the effects and side effects of calcium.

When consumed as a food, chicory roots can be boiled and the leaves (endive), buds, and roots can be eaten like a vegetable.

Some also roast the root or buy roasted ground chicory root to use in coffee or alone as a coffee substitute. Chicory root has no caffeine and is, therefore, the beverage of choice for some people who are trying to reduce their intake.

You can purchase ground chicory coffee online or in grocery stores. You may see coffee/chicory combinations or pure ground chicory. Both are prepared the same way that you would prepare ground coffee.

A 2007 study investigating the safety of chicory root extract as a medicinal aid established a NOAEL (no-observed-adverse-effect-level) at a dose of 1000 mg/kg/g administered orally for 28 days.

Is Chicory Coffee Better for You Than Your Regular Brew?

Most people are more likely to consume chicory root (inulin) in processed foods as an added fiber.

Chicory root in its whole form is not commonly found in US supermarkets. However, you are likely to find salad chicory (endive) in the produce sections of many grocery stores. Endive and its cousins, radicchio, frisée, and escarole are bitter greens that many people enjoy in recipes.

Comments Off on The Health Benefits of Chicory Root calorie counts