The Health Benefits of Dill 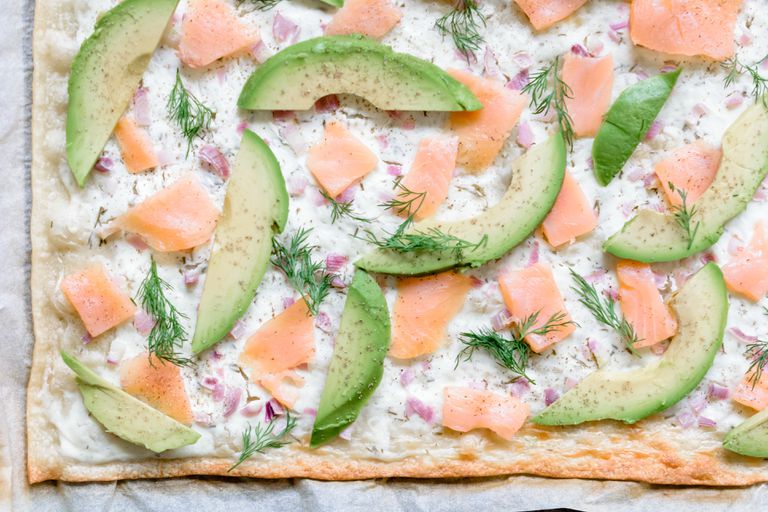 Dill (Anethum graveolens), or dill weed, is an easy-to-find and commonly used annual herb that is part of the celery (Apiaceae) family. Dill weed is native to native to the Mediterranean and southern Russia but can be grown in most parts of the world, including in North America. The feathery green is often added to salads or soups, or used as a garnish. Some people also use dill to gain certain health benefits.

Dill is packed with micronutrients that provide health benefits. For example, a 100-gram serving of dill boosts your vitamin A intake. Vitamin A is a fat-soluble vitamin that helps you to maintain healthy vision, skin, immune function, growth, and reproductive health. You’ll also get a significant boost of vitamin C, an important antioxidant that helps your body to resist infection.

Dill is also a good source of fiber, folate (important for cell division and production of DNA), calcium for healthy bones, riboflavin for cell function and development, manganese, and iron.

However, the amount of dill you consume makes a difference. You might not consume a full 100-gram serving (that’s about 2/3 cup). Many people use a much smaller amount and will get smaller doses of micronutrients.

Dill has been used for centuries in traditional Asian and Ayurvedic medicine. Currently, people use dill for certain medicinal purposes, including:

There is not enough evidence to rate the effectiveness of dill in humans for these uses.

Research studies have suggested that dill may have an antidiabetic effect, with authors of one review stating, “It can be suggested for the management of diabetic patients.” More studies are needed to confirm this benefit.

There are also some studies suggesting that dill may help you manage cholesterol. But other studies have shown that dill has no effect, so it is unclear if there is enough evidence to support this benefit.

Lastly, scientists are investigating whether or not dill may have an effect on metabolic syndrome. One 12-week study found that dill extract had a beneficial effect on triglyceride levels but no effect on waist circumference, blood pressure, and fasting blood sugar.

A 100-gram serving of fresh, raw garden dill provides about 43 calories. A serving of the herb also provides 3.5 grams of protein and just over 1 gram of fat. Two-thirds cup of dill also provides 7 grams of carbohydrate, and about 2 grams of fiber, according to USDA data.

You’ll find dill in the produce section of most grocery stores all year long. When buying fresh dill, look for fresh, green feathery fronds that have been freshly cut. When you get it home, wrap it loosely in a paper towel, place it in a plastic bag and store in the refrigerator for a day or two. Dill does not stay fresh for a long time.

You may also find dried dill in the spice section of your market. Dried dill lasts much longer than the fresh variety.

Dill has a fresh, grassy taste that some food experts describe as a combination of fennel, anise, and celery. Many people are familiar with the taste of dill pickles, which have a much more intense flavor that combines salt, vinegar, and dill. Dill, alone, has a more delicate taste.

Dill is often used in fish and egg dishes, or in salads. Try any of these recipes to enjoy fresh or dried dill at home.

According to researchers, dill is generally safe, but in rare situations it may lead to allergic reactions, vomiting, diarrhea, oral pruritus, urticaria tongue, and throat swelling. People who are allergic to carrots may experience an allergic reaction to dill.

There are certain situations when you may want to be careful about using dill as a medicine. It is not recommended that you use dill as a medicine during pregnancy or breastfeeding. Using dill on your skin may cause irritation, and drinking dill juice may make you more sensitive to the sun.

Lastly, people with diabetes, who are taking lithium, and those undergoing surgery within two weeks should talk to their healthcare provider before using dill as a medicine.

Can I freeze dill?

Like most herbs, dill can be frozen, although the texture may change slightly when you freeze it. There are different methods that cooks use. The easiest way is to wash and dry the dill, then flash freeze it (lay it on a paper towel in the freezer for an hour). Place the frozen fronds in an airtight bag and put it back in the freezer until you are ready to use it.

﻿What is a suitable dill substitute in recipes?

Tarragon and fennel are the most common substitutes for fresh dill in recipes. Remember, you can also keep dried dill on hand if you can’t get fresh dill. However, you’ll use less of the dried variety because the flavor is more intense.

Are dill weed and dill seed the same thing?

No. They come from the same plant, but dill weed is the fresh leafy fronds that provide a light fresh flavor. Dill seed provides a stronger flavor similar to caraway. Dill seed is considered to be more pungent.

Comments Off on The Health Benefits of Dill