The Safety of Antidepressants During Pregnancy 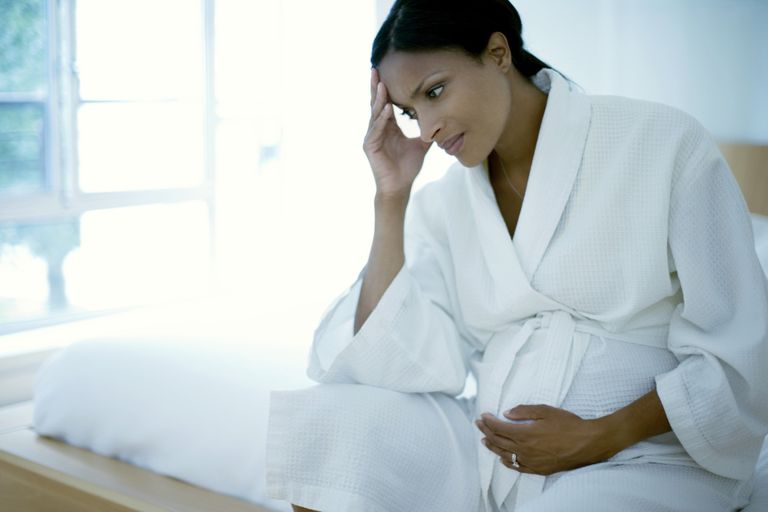 Clinical depression is a major mood disorder that affects people differently. According to the March of Dimes, about 1 in 5 pregnant women have signs of depression. Depression during pregnancy can have a negative impact on both the mother and baby. There’s a higher risk of medical conditions such as preeclampsia in depressed moms, and there’s a greater risk that the mother won’t take proper care of herself, won’t bond with her baby, or may not attend her recommended prenatal care visits. Moms who experience depression during pregnancy can be at greater risk for postpartum depression. Among individuals, the symptoms and consequences of untreated depression can range from mild to severe.

Screening for and Treating Depression During Pregnancy

Safety of Antidepressants and Risk of Miscarriage

The most commonly used antidepressants fall in the categories of tricyclic antidepressants (TCAs) (like brand names Tofranil and Elavil) and selective serotonin reuptake inhibitors (SSRIs) (like brand names Zoloft and Prozac). Both classes of drug are often continued throughout pregnancy when moms using them become pregnant, and they are sometimes prescribed to pregnant women diagnosed with major depression during pregnancy. TCAs have been around longer than SSRIs and have been studied somewhat more extensively, though more research is still needed on both categories.

Available evidence does suggest that exposure to both SSRIs and TCAs can be associated with withdrawal symptoms in newborn babies, but these symptoms are usually transient and neither life-threatening nor harmful in the long term. Research on long-term effects and birth defects is mixed, especially for SSRIs.

The question of miscarriage risk has been controversial. Evidence concerning the safety of SSRIs, in particular, has been mixed with most studies having small sample sizes (a limited number of research participants); however, a large 2010 study showed that SSRI use in the first trimester seemed to be associated with a 68% increase in risk of miscarriage. No causal link between SSRI use and miscarriage has been proven, but naturally, the finding is worrisome for many women and their doctors. There is no evidence linking use of TCAs in pregnancy to increased risk of miscarriage.

Should You Take Antidepressants While Pregnant?

With any study linking antidepressants to increased risk of miscarriage, birth defects, or any other problems, it’s essential to sort out the reason for the finding. Even with a statistical correlation between TCA or SSRI exposure and various problems, it can be difficult to determine with certainty that the drug was what caused the adverse effect. It is possible that the drug is harmful to developing babies, but it’s also possible that women who are on antidepressant medications are more severely depressed from the start and there is a biological or behavioral factor in these moms that accounts for the correlation found in the study.

It is also important to weigh risks of treatment versus risks of the lack of treatment. Any increase in risk to the baby can be scary, even if the overall risk is small. Yet, research does show that depression tends to relapse in pregnancy, with the highest risks in moms who discontinue their medication—so doctors are often hesitant to recommend that moms discontinue their medications, especially given the lack of overwhelming evidence of risk in using antidepressants in pregnancy. Untreated depression in pregnancy is associated with increased risks to both mother and baby, depending on the severity of the depression, so it becomes a question of which set of risks is greater. The answer is likely individual and best carefully discussed with your physician.

Arguments for Antidepressant Use During Pregnancy

As stated above, untreated depression poses clear risks to the expectant mother and the baby. Depressed mothers are less likely to attend recommended prenatal visits, more likely to engage in substance abuse, less likely to bond with their infants, and more likely to suffer postpartum depression—all of which can affect the mother’s ability to care for a baby before and after birth.

Most research to date has not shown serious long-term risks associated with use of TCA or SSRI antidepressants during pregnancy, although evidence is mixed. The most established risk seems to be that newborn infants can experience a transient withdrawal syndrome at birth with symptoms such as excessive crying, jitteriness, feeding difficulties, and irritability—but the symptoms normally go away within two weeks.

Some reports have shown a higher risk of a condition called persistent pulmonary hypertension of the newborn (PPHN) in babies exposed to SSRIs in pregnancy. PPHN can be serious, but the overall risk of the condition is low even in exposed babies, so doctors may decide the benefits of continuing an effective drug might outweigh the risk. Some reports suggest an increased risk of congenital heart malformations with use of paroxetine (Paxil), but again, the overall risk remains low and moms who become pregnant while using Paxil may choose to continue the drug.

Most research does not reveal behavioral problems or other long-term side effects in children who were exposed to antidepressants in utero, although more research is needed. But research is equally lacking on long-term behavioral effects in children born to moms with untreated depression, and it is plausible that untreated depression could be equally or more harmful than exposure to antidepressant medications.

Arguments Against Antidepressant Use During Pregnancy

On the flip side, many expectant moms may look at the safety data and decide that any added risk to their babies—no matter how small—is unacceptable. Although the symptoms of the neonatal behavior syndrome are transient, effects such as congenital heart malformations and PPHN can have long-term consequences. Some women may feel that if their babies developed these complications, they would never be able to accept that the complications might have been preventable.

Similarly, moms who miscarry while using an SSRI and then learn of the possible link between SSRIs and miscarriage may find the possibility of an added miscarriage risk equally unacceptable. Research suggests that moms with a past psychiatric history are at increased risk for suffering depression or post-traumatic stress disorder following a miscarriage, also, so an added risk of miscarriage in moms being treated with SSRIs should probably not be ignored.

Where This Issue Stands

There are no easy answers. The right course of action probably varies by the individual. A mom whose depression has been milder and who has never been suicidal may decide with her doctor’s advice to try going off her medications. But in contrast, for a mom with a history of suicide attempts who has not had improvement in psychotherapy and who is finally stable on an antidepressant medication, the risks of discontinuing the treatment might outweigh the risks of continuing the treatment.

As with most areas of healthcare, women need to discuss the benefits and risks of both courses of action with their doctors. Women who are already on antidepressants and who are concerned about the effects of the drugs during pregnancy should ideally talk to their doctors before conception, as a trial of discontinuing the meds might be best undertaken before pregnancy. Women who become pregnant while on antidepressants should not discontinue their medications without consulting their doctors—even if the drug is to be stopped, it may be best to gradually decrease the dose rather than stopping cold turkey. Your doctor can also advise you on support groups or other non-drug therapies in your area that might help you manage your condition.

And finally, women who do decide to continue their medications during pregnancy should not feel guilty about doing so. Needing medical treatment for depression isn’t a character flaw, and being a good mother also means taking adequate care of yourself so that you’re able to function and take good care of your baby before and after birth. Even if a miscarriage or another pregnancy complication occurs while you’re taking antidepressants, the link is by no means clear enough that you should assume the antidepressants were the cause—it’s equally or more likely that there was another explanation entirely. In the meantime, steer clear of judgmental types and don’t feel that you have to defend your choices to anyone. Despite the many passionate opinions out there about this subject, you and your doctor are in the best position to know what’s best for you.