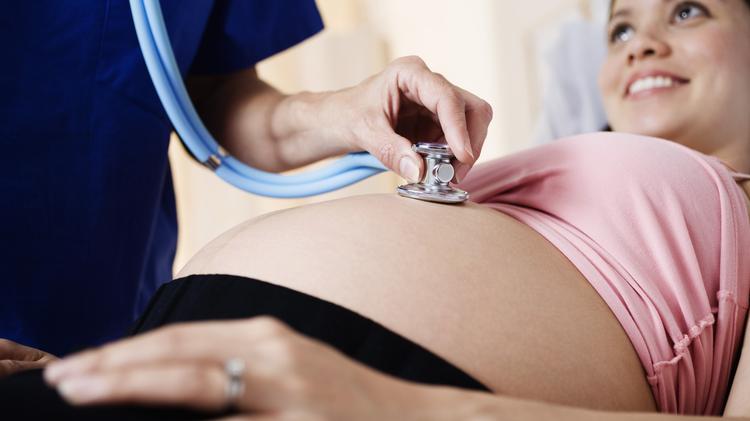 After implantation the embryo develops very quickly. By the time a woman has missed her first period the embryo’s nervous system is already beginning to form. Its circulation also develops early and a simple blood-pumping system is in place by the third week of the embryo’s life. This rapidly develops into the more sophisticated heart and blood vessels that circulate blood between the fetus and the placenta for the exchange of nutrients, waste products, oxygen, and carbon dioxide.

After being fertilized the single cell-egg travels through the tube for 2-3 days, while the endometrium is getting ready to take it. On the seventh day of fertilization the implantation proceeds. The fertilized egg implants itself in uterine lining. In the course of the first week, the fertilized single-cell egg is divides in a geometric series: 2, 4, 16 times and so on. From the 4th day of life, some cells do not just divide, but also grow rapidly and unite in a small knot, called an embryo (“embryo” – a living body at the early stage of its development). The plan for building a future body is ready; its “draft”is studied by the mother’s body in detail. An endlessly dividing corpuscle become longer and changed into an oval with a cavity inside. It is a rudimentary intestinal tube. First of all, it is necessary to think about food and digestion. If we do not eat, we do not grow a gram no matter how many times we divide. This is the first day after implantation, or day 8.

The third week after fertilization is also the time when the embryo develops its characteristic C-shape. Besides a head and bottom end, the embryo has a discernible left and right and front and back. A dark stripe down its back curls over to form a groove. In the following week, this seals up to become a neural tube and will later develop into the spinal cord and brain. This week’s creations are like a snowball. Practically every hour, your baby (15 days old) can boast of having something new: Later on, a rudimentary pancreas emerges; under the oral membrane, the thyroid gland develops and, finally, the membrane spreads showing the tiny mouth to the world, the mouth that will amaze you for a long time. On the anterior wall of the intestine, a convexity emerges and the respiratory apparatus is formed out of it — the larynx, trachea, bronchial tubes and by the 20th day, the first beat appears in the heart tube. Four weeks after fertilization, two tiny disks of pigment are starting to form on either side of the embryo’s head. These are the optic vessels which will develop into your baby’s eyes. Inside the body, primitive organs, such as the lungs and liver, are starting to form. By the end of this week, the embryo has grown 5 millimeters and resembles an elongated comma.

Five weeks after fertilization, the fetus has a recognizable head, eyes, and body. Although there is sti ll a distinct tail, tiny limb buds have started to grow and these will later form arms and legs. The digestive tract is beginning to form and the umbilical cord is developing. The initial brain lobes transform into the fundamental sections
of the brain, the epiphysis that is the pineal body responsible for pubescence, sexual gland functions, the rhythm of sleeping, waking and other things, appears below them. A rarely seen umbilical cord and the beginning of the toes’ skin changes (nails rudiments appear) are added to the outer changes of the past weeks. And by the end of this week, your baby has grown considerably: from new brain sections to the toenails, it is a 7-millimeter living body of 3.5 grams. Wide leg groin stretch By six weeks, the testes or ovaries are beginning to appear. The limb buds which appeared only a week ago have differentiated into hand and shoulder segments and may be flexed at the elbows and wrists. Eyelids are starting to form over the baby’s eyes and external ear structures are starting to develop on the side of the neck. An upper lip and the tip of a nose are also beginning to appear on the face.

If you are expecting a boy, then this week is important: right now, the muscles of the whole body begin to form. You child is still developing his air-intake apparatus (a nose, fauces) and lobar bronchial tubes, but the respiratory system is not working yet. This period is significant because of the appearance of lymph nodes and elements of immunity. The kidneys acquire their permanent structure and shape and parathyroid gland rudiments emerge. There are now cells possessing endocrine properties in the pancreas. The intestinal tube, in its lower section, divides into two sections — the future small and large intestines. Your baby’s weight is now 4, 5 grams.

If the influence of the Y-chromosome has emerged, then the gonads (sex glands) take on a male’s characteristics and the testicles are formed. If not, then ovaries are formed. By the end of the week, having determined the sex at last, your boy (or girl) proudly straightens: the body becomes straighter, the head rises. The elbows are pressed to the belly, hands are put together, legs are bent at the knees, feet are closed. The first iris elements and the first follicles in the thyroid gland tissue appear, as well as epidermis complication (2 layers of cells appear in skin) and the division of the mutual arterial trunk into the pulmonary artery and aorta. The baby has grown to 2 centimeters and weights 6 grams. By eight weeks, the baby’s complete body plan has been laid down. The brain, spinal cord, and nerves have formed, and these need only to grow and mature over the months of pregnancy that follow. Your baby’s length is about 3 centimeters.

Pregnancy in 9th week shows rapid development of the baby. The baby grows from the embryo stage to a fetus. The baby during this time measures 13 to 17 mm and nearly weighs 1 gm. The baby by this time has developed all the parts that are available in an adult human being and remains small in size. The embryonic tail disappears by this time and the baby rapidly gains weight. The heart of the baby develops further. The four chambers and valves begin to develop. Heartbeats can be detected during this stage by ultrasound technology. The eyes are completely formed but it remains closed. The vocal cord and the salivary glands start to develop during this stage. The baby is also able to make fist and suck the thumb during this stage. He or she also opens the mouth for the first time during the 9th week of pregnancy. The heart beat rate is 150 beats per minute. Ten weeks after fertilization, the baby has hands with fingers and feet with toes that it can move and wiggle. All the major internal organs are formed and the external sex organs will look recognizable male or female. This week hypophysis, pea-size multifunction endocrine gland starts working at full power. While different glands take care of your baby’s health, he himself has grown to 6, 5 centimeters and weights about 23 grams.

By the third month of pregnancy, the baby is fully formed in miniature and looks like a tiny human being. He or she will continue to grow rapidly over the next few months of pregnancy. Human growth is never so fast as it is in these first vital months of life: even the adolescent growth spurt is insignificant compared with the rate at which babies grow in the uterus, where they need the best nourishment and protection to develop healthily.

Comments Off on The Vital First Ten Weeks fertility & conception