The Wear and Tear Theory of Aging 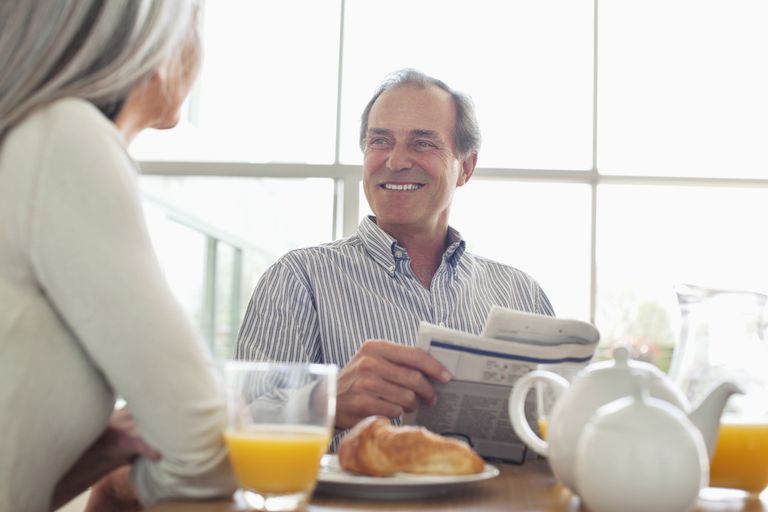 The wear and tear theory of aging — one of several theories — asserts that the effects of aging are caused by progressive damage to cells and body systems over time. Essentially, our bodies “wear out” due to use. Once they wear out, they can no longer function correctly.

The wear and tear theory is deeply ingrained in our thinking, and it is the theory you will often hear expressed in conversation and our culture. It was first proposed scientifically by German biologist Dr. August Weismann in 1882. We simply expect that the body, as a mechanical system, is going to break down with use over the years. The wear and tear theory of aging may also be referred to as simple deterioration theory or fundamental limitation theory.

In considering the different theories of aging, the wear and tear theory may at first appear to be the most reasonable. It fits with our experience and carries familiar patterns. Yet there are other theories which, instead of viewing aging as a random wear and tear process, view aging as a more intentional process, a planned event. That aging may be more than just an accumulation of damage as occurs in cars is a relatively new field of study.

Before discussing evidence in support of wear and tear and that which leads us away from this theory, it’s helpful to briefly review the different aging theories.

An Overview of the Theories of Aging

As just noted, it’s important to begin a discussion of the wear and tear theory of aging by recognizing that there are several distinct theories of aging of which the wear and tear theory is just one. While there is evidence for and against each of these theories, chances are that eventually, we will find that it is a combination of two or more of these process which lies behind what we call aging

There are two primary categories of aging, These include:

Subcategories, along with links to articles which discuss each of these theories in greater depth are noted below:

Programmed theories of aging include:

Error theories of aging include:

These two types of theories are actually in sharp contrast to each other, as one view aging as a natural process that follows a “healthy” cycle in the body, whereas the error theories look at aging as an accident and a problem to be tackled. The differences in these theories, hence, goes far beyond biology and becomes a philosophical discussion.

The wear and tear theory basically states that our bodies wear out after time. This theory can easily make sense to us as we watch inanimate objects in our midst — from our cars to our clothes — wear out and become less functional with time.

A wide range of insults can damage body systems. Exposure to radiation, toxins, and ultraviolet light can damage our genes. The effects of our body’s own functioning can also cause damage. When the body metabolizes oxygen, free radicals are produced that can cause damage to cells and tissues.

There are some cellular systems that don’t replace themselves throughout life, such as the nerve cells of the brain. As these cells are lost, function eventually will be lost. Just like a pair of socks, they can only last so long before becoming threadbare or getting a hole. While they can patch themselves, like socks they can only be darned so many times before they just don’t work anymore.

Within cells that continue to divide, the DNA can sustain damage and errors can accumulate. Simply the act of dividing, again and again, shortens the telomeres of the chromosomes, eventually resulting in a senescent cell that can no longer divide.

Oxidative damage in cells results in cross-linking of proteins, which prevents them from doing the jobs they are intended to do in the cells. Free radicals inside mitochondria, the powerhouses of our cells, injures their cell membranes so they can’t function as well.

Though we might first simply say that the wear and tear theory “makes sense” to us based on observations, it’s important to compare these gut feelings with what is scientifically known about the body and aging. Under the microscope, there are some processes which support wear and tear as a factor in aging, but several other findings that call question to this process. Let’s take a look at the evidence we have both for and against this theory.

Evidence Which Supports the Wear and Tear Theory

The wear and tear theory of aging fits most closely with our perceived sense of how we age. In fact, we often use the term aging regardless of chronological age to describe the progressive deterioration of a person or object.

On a broad level, the wear and tear theory fits closely with one of the fundamental laws of chemistry and physics, that of entropy. This law states that all systems tend toward a state of increased entropy or progressive disorganization.

Visually, we can find structural changes with age in our skin and bones. On a cellular level, there are a number of functions which decline with age. Even with a good diet, our cells have a decreased ability to take up nutrients with age.

Evidence Which Goes Against the Wear and Tear Theory

The strongest evidence against the wear and tear theory is that our bodies have a tremendous ability to repair the damage. Our DNA is equipped with DNA repair genes (such as tumor suppressor genes) which work to repair genetic damage. In addition, some studies have found that the aging process may be partially or completely reversed by simply changing the microenvironment of cells or certain hormonal factors. Of course, not all damage can be repaired fully, and mistakes in repair may accumulate over time.

Another argument against the wear and tear theory notes that organisms in their growth phase become stronger and stronger. Rather than starting out at the peak of performance, such as a car fresh off the assembly line or a computer new out of the box, living organisms often start life fragile. They build strength and resilience with age. They are able to repair and replace most broken parts themselves. Finally, there are some circumstances in which wear and tear actually extend life expectancy.

Yet another argument comes about when looking at the biochemical nature of the body. Why do lifespans vary so much between different species of animals? Why do some whales live almost twice as long as we do? Going against progressive deterioration and wear and tear, why do salmon, after a long upstream energetic swim, spawn and then die; seemingly at the peak of physical condition?

Bottom Line on What Causes Aging

The question of why aging occurs goes back much further than Weisman’s theory proposed in the 1800s. Shakespeare addressed aging in his “seven ages of man” and long before that, we are told in the book of Genesis that the years of our lives will be limited to 120.

While the wear and tear theory at first seems most natural and makes the most sense based on our observations, it becomes clear that there is much else going on in our bodies that cannot be explained by this theory. A more likely explanation, according to some researchers, is that the decrease of functioning that is seen as “tear” in the “wear and tear” theory is really the result, not the cause, of aging.

Perhaps with our increased understanding of genetics, we will glean better information on just what causes our bodies to age.

What Can You Do Based on What We Know About Aging?

No matter which theory of aging is correct, or if instead aging is the sum total of several of these theories, the true bottom line is that we all age. Even if we can’t seem to bypass the “120 years” spoken of in Genesis, certain lifestyle factors may defer our demise to a degree, and at the very least, give us a better quality to the quantity of our lives.

Rather than bore you with yet another admonition (read: yawn) to eat well and exercise, we offer one special tip from Tips For Healthy Living. Find ways to make living a healthy life fun. Yes, fun. What forms of physical activity are fun for you? There is not a rule that states you need to be bored silly with an activity or have to eat boring food to remain healthy. If it’s gardening you love, garden away. Spices not only add interest to food (and life) but are packed with antioxidants.

Comments Off on The Wear and Tear Theory of Aging