According to the medical experts, the brain is supposed to be the most important and sensitive part in a human body. Many of the drugs, pollution and other health conditions make negative affects on the brain cells. These toxins need to be removed and cleared so that the brain can get the power to work well. 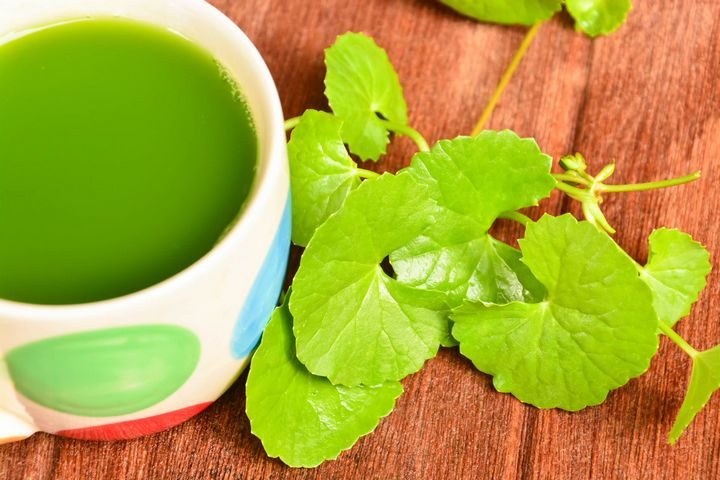 According to the Alzheimer’s Association’s 2011 Alzheimer’s Disease Facts and Figures, 5.4 million Americans — including one in eight people aged 65 and over — live with Alzheimer’s disease. Alzheimer’s disease is associated with degeneration and death in brain cells, leading to a steady loss of both intellectual and social skills, and, ultimately, premature death.

Ashvagandha: Researchers at the National Brain Research Centre (NBRC), have conducted studies on mice and suggested that ashwaganda extract may reverse memory loss and improve cognitive abilities in those suffering from Alzheimer’s disease. Initially, mice with Alzheimer’s were unable to learn or retain what they learned, but after receiving ashwaganda for 20 days, this improved significantly. After 30 days, the behavior of the mice returned to normal. Researchers reported:

Brahmi: Also known as Bacopa monnieri in Latin and Bacopa in English, is a potent Ayurvedic herbs is used by practitioners of Ayurvedic medicine to treat various disorders related to brain. Brahmi contains active constituents such as heraponin and bacosides, which are known to help in improving the transmission ability of nerve cells to the brain. It has been found to be effective in treating brain related disorders such as mental fatigue, dementia, poor memory, psychosis, epilepsy, neuralgia, and depression. To brew Brahmi tea, add 10-12 Brahmi leaves and a teaspoon of dry Amla powder to a cup of water and boil it. Also be added to salads and soups as garnish. 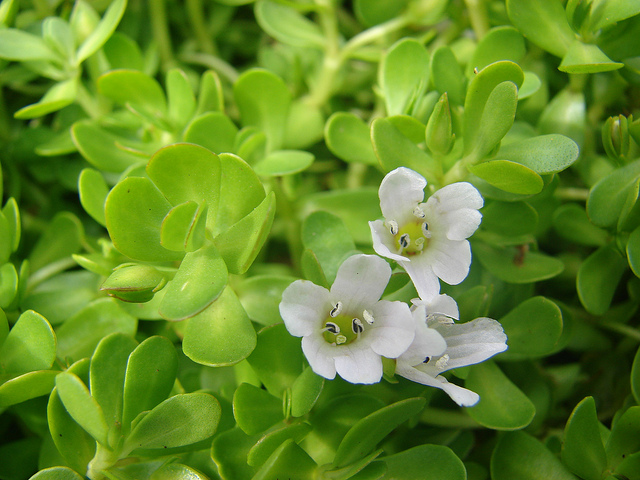 Gotu kola: A study conducted in cell culture showed that Gotu Kola herb reduces an oxidant known as nitric oxide, which is triggered by the build-up in the brain of beta-amyloid plaques associated with Alzheimer’s. A study published this year in the International Journal of Alzheimer’s Disease offered a tantalizing view of the possible brain protective properties of gotu kola. Researchers administered a water based extract of gotu kola to Tg2576 mice, a mouse model of Alzheimer’s disease that has increased levels of beta-amyloid protein. Beta-amyloid is a protein that is elevated in the brains of Alzheimer’s disease patients, where it tangles and forms plaques that disrupt brain function. Gotu kola impacts the effects of excess beta-amyloid using an unusual and as yet unknown mechanism. Because of its distinct way of protecting from beta-amyloid, the authors of this study suggest that gotu kola might be a valuable complementary agent when used alongside current or new Alzheimer’s treatments.

Guarana: The seeds contain more caffeine than any plant in the world, with levels ranging from 2 percent to 8 percent. The plant also contains the stimulants theobromine and theophylline. Caffeine works by stimulating the central nervous system (CNS), heart, and muscles. The stimulatory effect of guarana is more gradual and sustained than caffeine due to the caffeine-tannin complex. Guarana is generally regarded as safe when not combined with other stimulatory agents, such as ephedra.

Huperzine: Huperzine A acts as a cholinesterase inhibitor — a type of medication that works by improving the levels of neurotransmitters in the brain. Small early studies suggest that huperzine A may improve memory and protect nerve cells, which could slow the cognitive decline associated with Alzheimer’s. In China, Huperzine A is used to treat patients with Alzheimer’s disease and myasthenia gravis. Scientists have studied the effects of this alkaloid substance on the mental functions of elderly Alzheimer’s patients with successful results.

In a strictly controlled experiment rigorously designed by experts, patients with ages ranging from 52 to 80 were used as subjects. All 60 patients have one or more impaired faculties as a result of the action of acetylcholinesterase. Two groups were treated using 200 mg of synthetic Huperzine A daily in either capsules or tablets while the other group was given placebo. The experiment lasted for 60 days and afterwards, during the evaluation using an array of both psychological and physiological tests, improvement rates in both groups ranged from 43% to 70%. No statistical evidence was found that significantly marked the difference between the capsule group and the tablet group. This led the scientists to conclude that Huperzine A may have very positive effects on the cognitive aspects of the human brain. 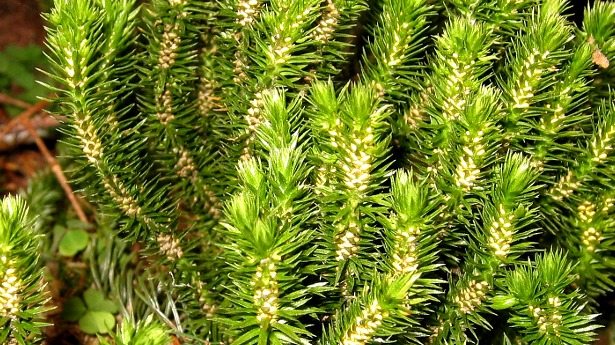 Huperzine A is good not just for the old, geriatric people, but for the young as well. In another study designed to examine the effects of Huperzine A on the mental functions of adolescents, Chinese researchers found that the compound can enhance memory and learning in young adults. The Alzheimer’s Association recommends that you not take huperzine A if you’re already taking a prescribed cholinesterase inhibitor, such as donepezil (Aricept), rivastigmine (Exelon) or galantamine (Razadyne). Taking both could cause side effects, such as nausea, vomiting, diarrhea, dizziness and muscle cramps. Consult with your doctor before starting any dietary supplement, including huperzine A.

Lemon balm: A relative of the mint family, it grows to about one metre and its leaves are usually hairless and bright green. Researcher Dr David Kennedy found that healthy young adults given capsules containing doses of the plant’s dried leaves were significantly better at standardized computer memory tests than those who took a placebo. They also scored higher in another standard test that measured calmness. They found that the higher the dose, the bigger the effect on both memory and mood. Meanwhile, Elaine Perry of the Medical Research Council’s unit at Newcastle General Hospital found lemon balm (Melissa officinalis) had a positive effect on pieces of brain tissue and chemical receptors in the brain affected by Alzheimer’s. In another study conducted by scientists from the Human Neuroscience Unit, University of Northumbria, 20 healthy volunteers received Melissa supplements (at increasing doses of 300mg, 600mg and 900mg) or placebo. Tests to evaluate the participants’ memory scores were conducted at hourly intervals. The scientists found significant improvements in both attention span and memory function in the group taking the Melissa supplements. This improvement was dependent on the specific dosage amount received; with lower doses promoting calmness and the highest dose reducing alertness.

Peony: They come in several varieties, all highly sought after by collectors, yet easy to grow and very hardy. Named for the mythical Greek figure Paeon, who was said to be a student of the illustrious physician Aesculapius. Peony root has been used as a diuretic, sedative, and tonic, and is known for its antispasmodic, analgesic, and anti-inflammatory effects. The ancient Greeks used it to treat epilepsy. Chinese scientists recently discovered three new glycosides in peony, including a unique monoterpenoid glycoside called paeoniflorin, which calms nerves and alleviates muscle spasm. Even more exciting is the Japanese discovery of paeoniflorin’s ability to improve memory in animal studies, suggesting a potential benefit for dementia. In fact, paeoniflorin is effective at doses as low as the equivalent of an adult person consuming only 700 micrograms daily. This is less than one milligram a day. Here is what scientists do know about peony extract:

Rosemary: Researchers from Northumbria University in the United Kingdom found that the amount of 1,8-cineole, a main chemical in rosemary oil, in the blood is linked with brain performance. Their work was published in the journal Therapeutic Advances in Psychopharmacology. The researchers exposed 20 people to different levels of rosemary oil aroma, and then took blood samples to see how much of the 1,8-cineole each person absorbed. Then, the participants took speed, accuracy and mood tests to see if the rosemary oil had any effects. They found that the more 1,8-cineole in the bloodstream of the person, the better the person’s performance on both the speed and accuracy tests. Researchers also noted a small effect on mood. This isn’t the first research to link rosemary scent with memory. A 2003 study in International Journal of Neuroscience, also conducted by the researchers at the University of Northumbria, showed that rosemary is linked with “an enhancement of performance for overall quality of memory and secondary memory factors,” though it was also linked with a decreased memory speed compared to the control group in that study. 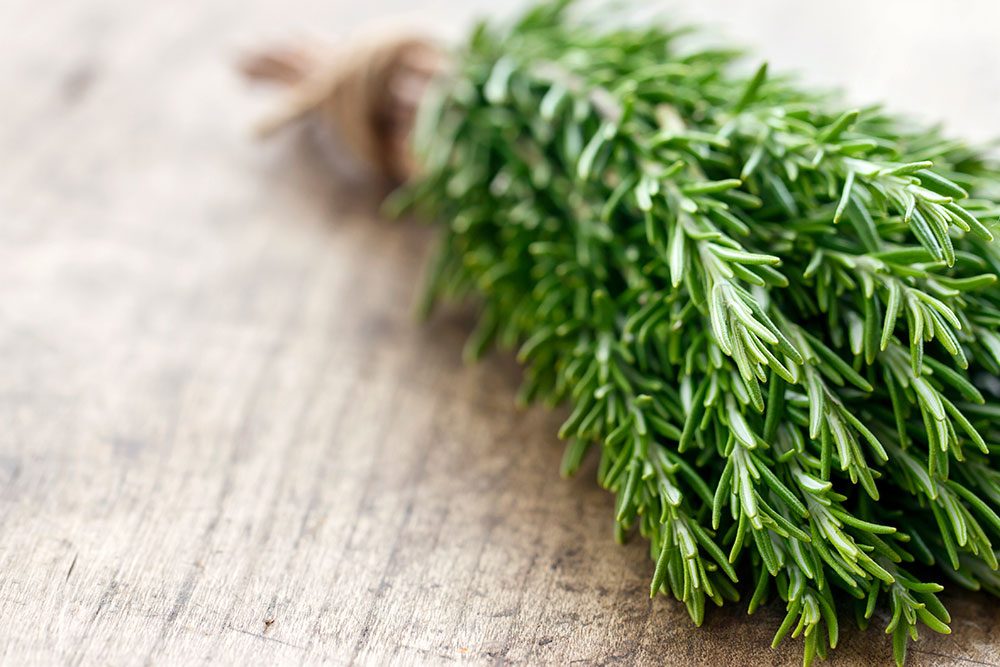 Sage: In 1597, herbalist John Gerard proclaimed sage was “singularly good for the head and quickeneth the nerves and memory”. In one of the few clinical trials looking at sage’s ability to improve memory, healthy, young adults who had taken sage oil capsules performed significantly better in a word recall test. The study — funded by Oxford Natural Products — appears in the latest edition of the journal Pharmacology, Biochemistry and Behaviour. In the study from researchers at the Medicinal Plant Research Centre, 44 healthy, young adults took either sage oil capsules or a placebo. The participants then took a series of word recall tests. The people who had taken the sage oil consistently had better word recall — a sign that sage may help improve memory. The exact cause of AD is unknown, but some physicians believe an accumulation of aluminum in the brain, or a defect in the production of a brain chemical called acetylcholine (involved with short-term memory) is the cause. Sage is believed to bind to specific receptors in the brain and imitate the action of acetylcholine. Sage’s antioxidant and anti-inflammatory properties could be valuable in Alzheimer’s treatment.

Rhodiola (Rhodiola rosea): Russian research indicate that rhodiola reduces stress and fatigue; improves memory; enhances concentration and physical fitness; and increases overall well-being. Better yet, rhodiola stimulates the immune system, enabling the body’s own defenses to ward off the effects of stress. In one double-blind pilot study, students were given rhodiola or a placebo just before taking exams. After 20 days, the rhodiola group showed improvement in their physical fitness, coordination and mental sharpness. The recommended daily dose is 100 mg of a rhodiola supplement standardized to contain 3 percent rosavin.