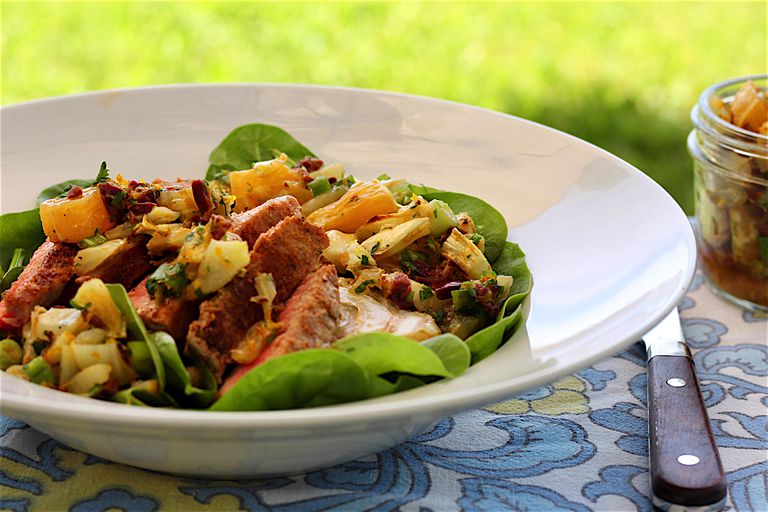 Fennel root, also known as anise, is a great stand-in for onion (a high-FODMAP ingredient) texture-wise. Like onions, it has an earthy root flavor—but with a licorice flavor all its own. Roasting mellows that flavor and also sweetens the taste. This delicious orange-fennel salsa serves as the dressing for seared tuna served on a bed of baby spinach.

Instead of roasting the fennel, use it raw. Trim the bulb and slice it into paper-thin slices.

Skip slicing the tuna into strips; cut the tuna steaks into 4 portions before searing, and place the whole piece on top of the salsa.

One pound of cooked chicken or pork tenderloin can be used in place of tuna.