Types and Benefits of Soluble Fiber 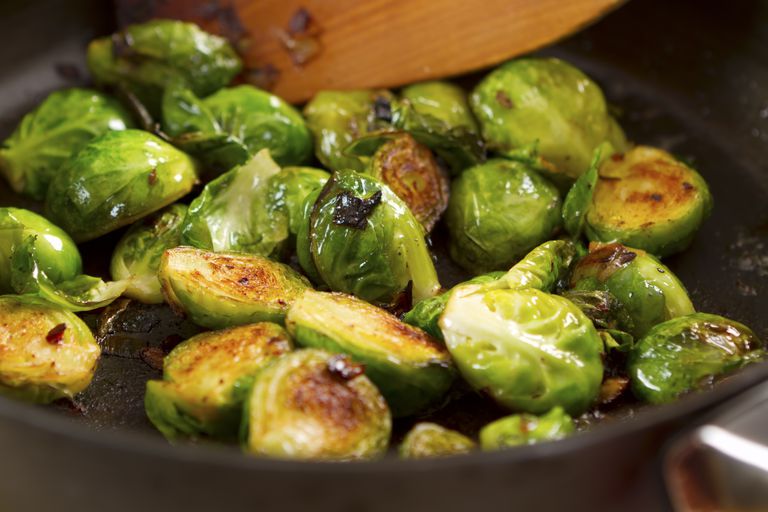 Soluble fiber just means that it’s fiber in food that disperses in water when the food is broken down. A lot of soluble fiber is referred to as viscous, which allows it to form a gel. This tends to regulate the speed of digestion, stabilize blood glucose, and permit better absorption of nutrients. Soluble fiber has also been shown to reduce blood cholesterol. Also, soluble fiber is mostly fermentable, which contributes to colon health and the health of the body as well.

There are four types of soluble fiber you might hear about: 1) pectins (such as is in some fruits, some vegetables, and legumes) 2) beta-glucan (in some grains such as oats and in the tuber from which shirataki noodles are made) 3) naturally-occurring gums that are in some seaweed (carrageenan) and some seeds (guar, acacia, locust bean) and 4) inulin, such as is in chicory, Jerusalem artichokes, and onions. Inulin is also becoming popular as a food additive, for example, Quest Protein Bars.

1. Digestive Benefits – Soluble fiber, particularly the “viscous” type that forms a gel, helps to slow and regulate the passage of food through the digestive system. This is thought to be one reason for the blunting of the glycemic response to carbohydrates when soluble fiber is present. It also ensures that nutrients have the opportunity to be fully absorbed in the intestines.

2. Benefits to Blood Sugar – In addition to the above, there is evidence that soluble fiber (as well as resistant starch) stimulates a glucose-regulating hormone called GLP-1. It’s possible that this effect is actually achieved by fermentation of soluble fiber in the colon, which brings us to:

3. Benefits to Colon Health – By now you have heard that there is a whole world of activity going on in your colon thanks to the friendly bacteria that live there, especially if we keep them happy with a high-fiber diet. In particular, most types of soluble fiber are good food for these bacteria, which produce vitamins, valuable short-chain fatty acids which are difficult to get in the diet, and other helpful substances which are good for our colons and the rest of our bodies as well. We are just scratching the surface in learning about the benefits of a healthy “microbiome” as it is being called.

4. Reduced Cholesterol and Other Cardiovascular Benefits – Soluble fiber intake has been consistently shown to be related to the reduction of blood cholesterol, as well as (less consistently) blood pressure and the overall risk of cardiovascular disease.

When people think about foods with soluble fiber, they usually think first of oatmeal and beans, but there are other options for people who are watching their carbs can consider.

1. Flax Seeds and Chia Seeds – Both of these seeds have high levels of fiber, including soluble fiber, with very little starch or sugar. They also have other health benefits, see:

2. Psyllium – Husks of the psyllium seed is often sold as a fiber supplement because they are rich in soluble fiber. The product Metamucil and similar supplements are made from psyllium husks, although low-carbers probably should avoid most of the commercial products and go for plain psyllium husks, often available in health food stores or online.

Also, a lot of vegetables have at least some soluble fiber, which can add up. For example, cooked spinach has between half a gram and a whole gram of soluble fiber per half-cup serving.

4. Legumes – Legumes are perhaps the food most loaded with soluble fiber, but often low- carbers see how much carbohydrate is in beans and write them off. However, I think it’s worth experimenting with adding some to your diet. A lot of the starch in beans (especially if you cook them yourself instead of buying canned beans) is called resistant starch, which doesn’t raise blood sugar and is great for our colons, and some of the rest is slowly digested starch. In addition, we have already seen the other effects soluble fiber can have on blood glucose, so I think we could benefit with trying them out in our diets.

If the higher-carb beans don’t work for you, consider soy beans, which have very little starch, but do have some soluble fiber. I’m a fan of black soy beans which taste like black beans but have the protein and lack of carbs of regular yellow soy beans.