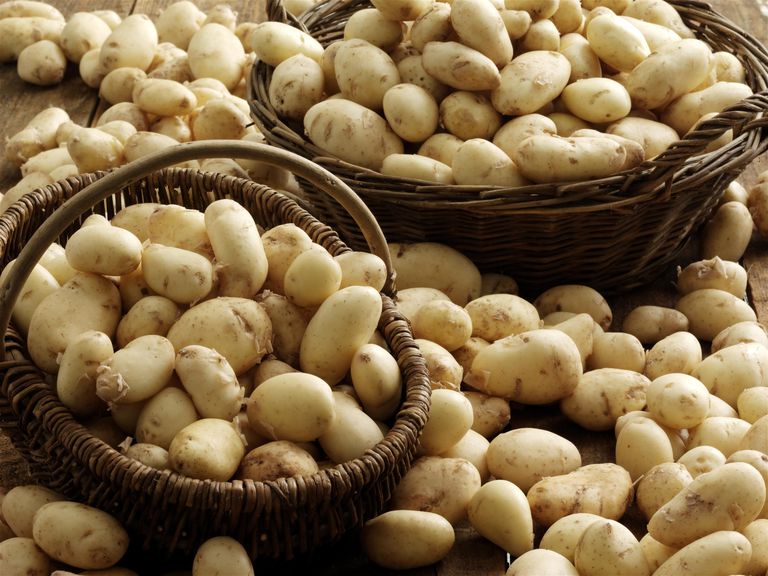 On a low-carb diet, the main goal is to avoid raising blood glucose too much. This is why we avoid foods which are high in sugars and starches. But it turns out that not all starches are created equal. Some starches are digested very quickly and cause a rapid and large rise in blood sugar. Others are digested more slowly, causing blood glucose to rise less and over a longer period of time. Some starch, called resistant starch, is not digested in the small intestine at all and causes little or no blood sugar rise. The larger the percentage of rapidly digested starch in a starchy food, the higher the glycemic index of that food.

Starches are long complex chains of simple sugars. This is why they are often called “complex carbohydrates.” It was once thought that complex carbohydrates do not raise blood sugar as quickly or as much as sugars, but now we know that some starches are actually more glycemic than some sugars. In this sense, they are not “complex” for very long at all. People who are sensitive to sugar should avoid most starchy foods as well since most starchy foods are rapidly broken down into sugar.

Foods That Have a Lot of Starch

Grains (wheat, rice, barley, oats), potatoes, corn, and beans are all very starchy foods. Grains are made into bread, cereal and pasta, as well as crackers, biscuits, cookies, cakes, pie crust, and anything else made with flour.

What Determines Whether Starches Are Digested Rapidly or Slowly?

There are several factors at work.

What is done to the starch before we eat it? Particularly when it comes to grains (and especially wheat), we have a tendency to grind it, puff it, flake it, roll it, and generally beat it into submission so we can form it into any number of processed foods. This has the effect of doing some of the work of our digestive systems before the food even goes into our mouths. It’s really no wonder that these foods are turned into sugar so efficiently within minutes of being in our bodies. The starches that are most rapidly digested are those made from flour (including whole grain flour) and most breakfast cereals.

On the other hand, if grains or legumes remain whole, such as beans, brown rice or whole barley, the starch is broken down into sugars much more slowly, and some never are turned into sugar at all but reach the large intestine intact – this is called resistant starch.

Starch Structure. Different kinds of starch have different arrangements of molecules, and some are easier for our digestive enzymes to get at than others. One kind of starch, called amylose, is broken down quite slowly. The higher the amount of amylose in a starch, the more slowly it is digested. Different types of rice have differing percentages of amylose. Long grain rice, which tends to stay more separate, are higher in amylose. Shorter grain rice, which tends to produce creamier and stickier rice, is low in amylose and are more glycemic. New potatoes (sometimes described as “waxy”) have a starch that is closer to amylose in structure than more mature potatoes, and they are somewhat less glycemic.

Most of the starch in beans has a structure which is only slowly broken down into sugars.

Surprises: One processed food that seems to be digested more slowly than would be guessed is pasta. Apparently, the starch molecules are so tightly packed that only about half is rapidly digested when the pasta is cooked “al dente” (slightly firm). Cooking time and the thickness of the pasta greatly affects how the glycemic it is.

Additionally, when some cooked starches, such as potatoes and rice, are cooked and cooled, a small percentage of the starch takes longer to digest.

How Can We Tell How Quickly a Starch Is Digested?

It is difficult to know how quickly any one person will digest any individual food. Relatively few foods have been tested for exactly in what part of the digestive system they are broken down, and there are various means of testing that are not standardized. Also, “slowly digested” is a range, and some foods are logically on the faster end of it. Additionally, each person’s digestive system is a little different, and factors such as how thoroughly the food is chewed and what other foods are eaten with it also have an effect.

The only real way for a person to know how glycemic a food is to them is to monitor their blood glucose. But there are some guidelines that everyone can use.

Starches You Should Eat