What Does It Matter If You Have High Cholesterol? 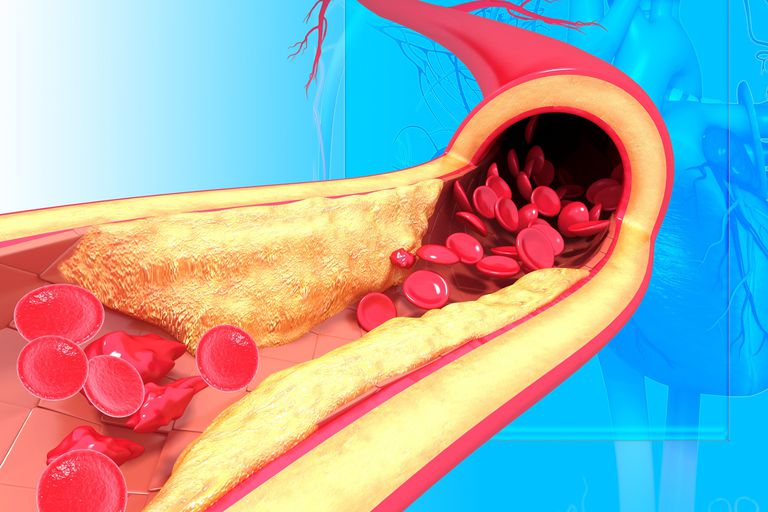 High cholesterol does not usually cause any uncomfortable symptoms, so it may be tempting to ignore. However, high cholesterol levels in the blood are strongly associated with a high risk of heart attack, stroke, blocked blood vessels in the legs and kidneys, and may even contribute to dementia. Fortunately, diet, exercise, and medications help lower cholesterol levels and reduce your risk of other serious health problems.

Cholesterol is a sticky, waxy substance that circulates in the blood, and it is basically comprised of two different types of cholesterol. The “bad cholesterol,” or LDL, raises the risk of heart disease. The LDL is what is referred to when the aim is to lower cholesterol. The “good cholesterol,” or HDL, is the type that actually helps protect against heart disease. High levels of the HDL are beneficial. LDL, on the other hand, tends to stick to the walls of blood vessels to form plaques that hinder normal blood flow.

What Is Small, Dense LDL?

Plaques can suddenly rupture, producing localized blood clotting and acute blockage of an artery. This sudden blockage often causes a heart attack or a stroke. Many people use cholesterol-lowering medications such as statins, which can dramatically reduce the possibility of heart disease. Lipitor (atorvastatin), Zocor (simvastatin) and Crestor (rosuvastatin) are examples of commonly prescribed statins.

While there are several kinds of drugs that can reduce cholesterol levels, statins are the only family of cholesterol-lowering drugs that have been shown in many clinical trials to improve outcomes in people at high risk for cardiovascular events. Statins have several properties that might reduce or stabilize plaques—it is not at all clear that the cholesterol-lowering of statins provides their chief benefit.

This is why current guidelines recommend instituting statin therapy based on a person’s overall cardiovascular risk, and generally not on their cholesterol levels.

Since cholesterol guidelines rely so heavily on statins, these drugs are recommended for many more people than they were just a few years ago—this fact has created much controversy. You can learn more about potential over-treatment issues.

The Effects of Statins

Just as plaques may block blood flow in the coronary arteries causing a heart attack, the substance may also stick in the carotid arteries that run between the heart and the brain. When a piece of plaque dislodges from a carotid artery, it can travel to the brain causing a “brain attack” or stroke. Although many cholesterol-lowering medications reduce the risk of heart disease, statins can also prevent strokes.

Taking Care of Your Cholesterol

The best way to keep cholesterol levels in check is by sticking to a low-fat diet. In particular, it is important to avoid saturated fat, which are fats from animal sources such as butter or lard, because saturated fats are the main contributor to higher total cholesterol and to high levels of the “bad cholesterol” or LDL. With heart-healthy diet changes, it may be possible to reduce cholesterol levels to a normal range, which may result in patients being able to talk to their healthcare providers about cutting back on their cholesterol medications.

It can be challenging to change years of eating habits. Rather than a complete diet overhaul, you can modify your diet gradually, easing your way into a healthier lifestyle. For example:

The best way to improve HDL is through​ ​aerobic exercise such as walking, jogging, cycling, swimming, aerobics or hiking. If fitness is new to your lifestyle, you may need to try several different exercises before finding a plan that works for you. Some people like to exercise at home, whereas others prefer a gym. Some people exercise in the morning and some prefer to exercise later in the evening.

If your healthcare provider chooses to prescribe cholesterol-lowering drugs, be sure to provide all information about any other medications that you may be taking. Also be sure to take medications as directed. Sometimes these drugs may cause uncomfortable side effects, such as nausea, abdominal pain, or muscle cramps. Mention any side effects you are experiencing to your healthcare provider right away. In most cases, you can take steps to relieve the symptoms or switch to a different medication.

The “cholesterol hypothesis,” simply put, is the conjecture that increased LDL cholesterol levels increase the risk of atherosclerosis. In recent years, this has been called into question.

Currently, however, expert panels accept the hypothesis. While this may change in years to come (and with further research), you can learn more about the controversy on the cholesterol hypothesis.

Comments Off on What Does It Matter If You Have High Cholesterol?