What Is MRKH Syndrome? 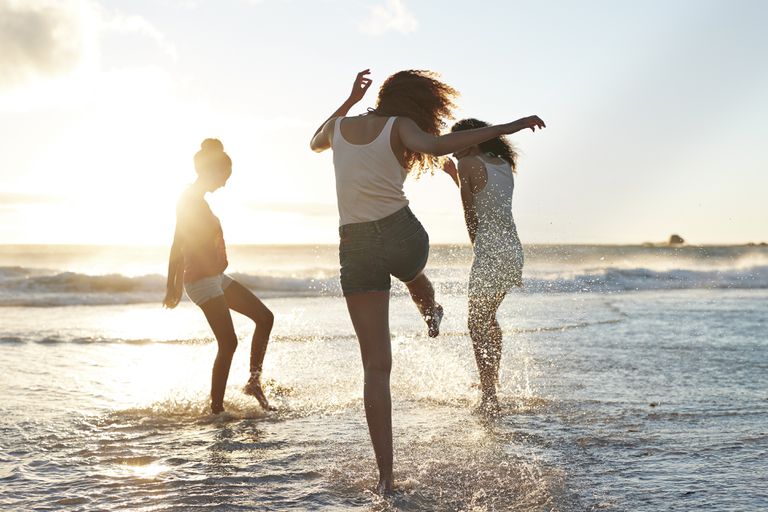 MRKH syndrome is the common name for Mayer-Rokitansky-Küster-Hauser syndrome. MRKH syndrome is a condition where young women are born either without a vagina and uterus or with an underdeveloped vagina and uterus. It is the most common type of vaginal agenesis. Agenesis is Latin for “not developed.” Therefore vaginal agenesis means the vagina is not developed.

MRKH affects between one in 4000 and one in 10,000 female births. MRKH syndrome was first described in 1829. However, historical evidence of the condition dates back to 460 B.C.

What Is MRKH Syndrome?

Women with MRKH syndrome have normal external genitalia. They may also have a small vaginal opening, 1-3 cm deep. This may be referred to as the “vaginal dimple.” They also generally have functioning ovaries. However, women with MRKH syndrome have abnormal internal genitalia. They generally have no uterus and no, or only a partial, vagina. They may also have a partially formed uterus.

However, there are rare cases where the kidneys, urinary tract, skeleton, and heart may also not be formed correctly.

Other names for MRKH syndrome include:

MRKH syndrome has been shown to run in families.

It has been hypothesized to be a genetic disorder. However, no single gene has yet been identified as causing MRKH syndrome. This may be because it is caused by the interaction of multiple genes. There may also be other, non-genetic causes that have not yet been identified.

There are two major variations on MRKH syndrome. The most well-known type is Type I. Type I is also known as isolated MRKH or Rokitansky sequence. Individuals with type I MRKH usually have a blocked or missing uterus and vagina with normal fallopian tubes. They have no other symptoms of the syndrome.

There is also type II MRKH, which is also known as MURCS association. MURCS stands for Müllerian duct aplasia, renal dysplasia, and cervical somite anomalies. In addition to vaginal and uterine problems, individuals with type II MRKH may also have damage to their kidneys and musculoskeletal system. Slightly more than half of women with MRKH syndrome have type II.

The effects of MRKH syndrome on a person’s daily life depend on how strongly their body has been affected by the condition. Treatment also depends on the classification of the disease. Interestingly, women with MRKH syndrome also have an increased risk of hearing problems.

MRKH syndrome is most often diagnosed when a young woman fails to get her menstrual period. If an exam is performed at that time, the doctor will likely discover the lack of a fully formed vagina and uterus.

Further diagnosis might then include MRI, ultrasound, or laparoscopic surgery. These more thorough tests can help diagnose other organ systems affected by MRKH. They can also determine whether women with MRKH have functioning ovarian tissue. Usually, one or more of tests will be used to characterize MRKH syndrome after it has been identified during a physical exam.

MRKH syndrome can be treated either surgically or non-surgically. Non-surgical treatment uses dilators to slowly create a neo-vagina. Basically, the woman uses a rounded silicone rod to put pressure against the vaginal dimple. Over time, this causes the vagina to deepen and expand.

There is also a dilation technique where the dilator is placed on a stool. Then the woman can use her body weight to help with dilation. Dilation is a lifelong commitment. However, for some women, regular sexual intercourse can reduce the need to dilate after enough depth has been achieved.

There are several surgical options for increasing vaginal depth or creating a vagina in women with MRKH syndrome. The Vecchietti procedure attaches a bead to the vaginal dimple. Then a thread is attached and run up into the pelvis and out the abdomen. Traction can be applied to this thread to deepen the vagina. Once the vagina is at least 7-8 cm deep, the device is removed. Then women can dilate their vagina to maintain its depth and function. This procedure is faster than non-surgical dilation and may require less motivation.

Women can also undergo a surgical vaginoplasty. During a vaginoplasty, a cavity is created and then lined with tissue to make a neovagina. There are several types of tissue that can be used to line the neovagina. These include tissue from the peritoneum, the colon, and the lining of the cheek. The neovagina can also be lined with a skin graft. In most cases, women will need to dilate the neovagina to maintain it after surgery.

Psychological support is also important when treating MRKH syndrome. Being born without a uterus and most of a vagina can cause serious problems for self-esteem. It can also make women feel inferior or doubt their femininity. There are online support groups available. Women may also benefit from in-person support and therapy.

Some women with MRKH syndrome are capable of having biological offspring if they wish. When a woman with MRKH has functional ovaries, in vitro fertilization techniques can be used to harvest eggs. Then fertilized eggs can be implanted in a surrogate.

Unfortunately, IVF surrogacy may not be financially or legally feasible for many women. The procedures can be quite expensive and may not be covered by insurance. In addition, laws about surrogacy vary from country to country.

Comments Off on What Is MRKH Syndrome?