What MicroRNAs Mean in Cancer 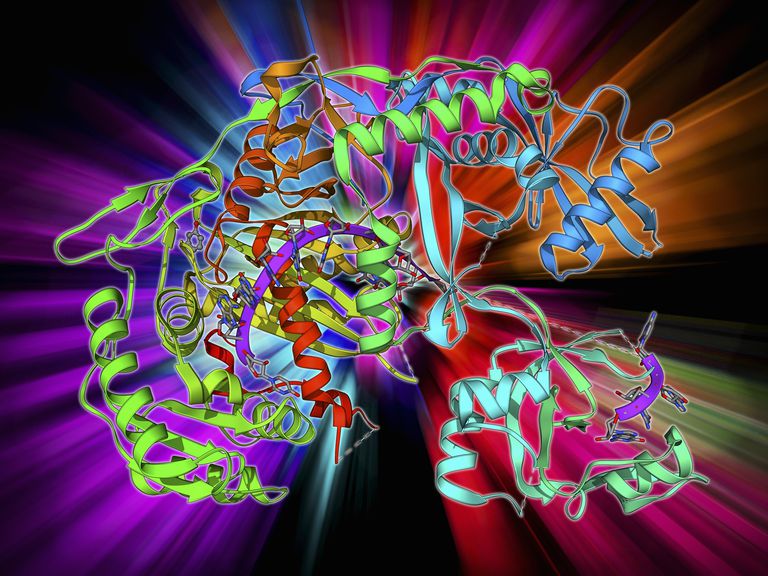 A lot has happened in genetics since the 1950s when the famous scientists Watson and Crick discovered the structure of DNA. In the 1960s, scientists discovered that a large amount of human DNA existed in between bona fide ‘genes,’ and consisted of repeated sequences of so-called junk DNA—junk, in the sense that the researchers at the time couldn’t understand what the code was meant for.

Research in the 1970s showed that many non-coding sequences were also found within genes, interrupting the protein-coding regions. Was all of this genetic material truly junk? Of course not! It was simply perceived as such by minds that did not know what to do with it at the time.

What’s Really In Our DNA?

It turns out that only about five percent of human DNA actually encodes a protein, according to estimates. So to scientists from decades past, 95 percent of DNA would be considered junk.

How about 2016, 2017, and beyond? When it comes to human DNA, there is still quite a bit of uncharted, unrecognized territory. Nevertheless, microRNA was an important discovery and one that is relevant to cancer patients in a variety of ways.

What Is MicroRNA (miRNA)?

You may have heard of messenger RNA in high school biology. It’s that molecule your body uses to make new proteins and is formed using DNA as a template. Also, it is read by ribosomes in the act of protein synthesis, or translation, to make a new protein.

Micro-RNA is way different. MicroRNA, or miRNA, is a kind of RNA that is not intended to be decoded into a protein. It is actually way smaller—a much shorter sequence of code—than the elaborate sequences that tell the body how to build a protein, like insulin, for example.

So if it doesn’t code for a protein, what is its function? Well, MiRNA acts to regulate genes through processes known as ‘RNA silencing’ and ‘post-transcriptional regulation of gene expression.’ These terms are explained a bit further below.

The Role of MiRNA in Cancer

The discovery of miRNAs and other non-coding RNAs has many important implications—and some of them may be especially relevant to cancer patients such as those with hematologic malignancies.

MiRNAs have their influence by regulating how your body goes from DNA to RNA to protein. When the protein of interest turns out to be a cancer-related protein or a compound found in key biological pathways of cancer, then that regulation by miRNA can potentially have a significant role.

Many different miRNAs have been reported to be out-of-whack, or in scientific terms, dysregulated, in patients with various types of cancer. In the cancerous cells, these miRNAs are not under the proper regulation seen in healthy cells, and therefore abnormal levels of miRNAs and abnormal cellular responses may result. This observation about miRNAs has to lead to the hypothesis that miRNAs are involved in the development of cancer and in the progression of cancer, once started.

MiRNA was at first understood in terms of several model cancers or prototype malignancies including chronic lymphocytic leukemia (CLL), multiple myeloma (MM), cutaneous T-cell lymphoma and mantle cell lymphoma. In fact, the field of miRNA in cancer really got its start when a research group showed that two miRNAs—miR-15 and miR-16—were located in a part of a chromosome that is frequently lost or deleted in chronic lymphocytic leukemia.

Since then, researchers have been working on “miRNA signatures” — that is, different profiles of elevated or reduced miRNA levels that may be characteristic of some attribute of a given cancer. For example, a particular miRNA signature might come to be associated with more aggressive cancerous behavior. When used in this way, miRNA signatures are also sometimes referred to as biomarkers.

MiRNA in the Treatment of Cancer

The role of miRNA in cancer treatment is currently envisioned as complementary, in the sense that new and better treatments can be better targeted to appropriate patients using miRNA signatures. One vision for the future is that your doctor might be able to say something like: “Your cancer has an miRNA signature that is associated with improved outcomes with this new treatment regimen, so we might want to give this treatment option more serious consideration.”

Researchers are also looking into the possibility of using micro-RNAs as “tumor suppressors” by getting them to go directly inside the cancer cells. MiRNAs and other non-coding RNAs are very short sequences, which makes them perfect for a process called transfection, which uses viruses to shuttle the sequences into play.

Another area of interest with respect to the use of miRNAs is to target those cancer cells resistant to chemotherapy or radiation. Even when conventional therapy eliminates more than 98 percent of cancer cells, any so-called cancer stem cells – cancer cells in hiding – that remain can give rise to recurrence. If the lurking cancer cells can be targeted with miRNAs or other non-coding RNAs, alone or in combination with other therapies, this would represent a therapeutic advance. Clinical trials using miRNA therapeutically for liver cancer and lung cancer have already been published, though more studies are needed.

In the West, CLL is the most frequent leukemia in adults. A common chromosomal change associated with CLL is the deletion of a part of chromosome 13. What could genetic information possibly be so important that its deletion leads to cancer? Well, this missing DNA was found to encode to miRNAs. This observation leads to the hypothesis that the two miRNAs in particular – named miR-15a and miR-16-1 might be involved as an early event in the development of CLL.

Also in CLL – in addition to a possible role in cancer development – miRNAs may have a role in chemotherapy resistance. Resistance to fludarabine, a chemo drug, has been associated with changes in the levels of two micro RNAs named miR-18, miR-22 and miR-21.

In recent years, researchers have determined that miRNAs are differently expressed in people with multiple myeloma or MM.

In fact, a group of researchers—Pichiorri and colleagues—have used what is known about miRNA signatures to profile the different manifestations of myeloma. The plasma cell is a white blood cell that can make antibodies, and this family of cells—a member of the B-lymphocyte family —becomes cancerous in MM. Multiple myelomas can develop from a benign condition called monoclonal gammopathy of undetermined significance (MGUS), and this research group found differences as you proceed from healthy plasma cell to benign but precancerous MGUS, to MM, the full-fledged malignancy.

In 2008, Pichiorri and colleagues reported a comprehensive miRNA expression profiling of normal plasma cells, MGUS, and MM. Growing evidence indicates that miRNAs function just fine as regulators of cell development while the body is making healthy blood cells, or during normal, healthy hematopoiesis; but that miRNA changes may be involved or may accompany other changes on the path to malignancy. Impaired processing of miRNAs has also been associated with high-risk multiple myeloma.

Ultraviolet Light and MiRNA in Melanoma​

MiRNAs may also be used to help shed light on a person’s susceptibility to cancer. A recent study explored connections between ultraviolet radiation exposure and melanoma development in young female volunteers. Eight healthy, fair-skinned females between the ages of 31 and 38 were compared to nine fair-skinned females ages 35 to 46 who had developed melanoma.

Melanocytes are those cells that make melanin, our human pigment, which is responsible for things like hair, skin and eye color. Melanocytes are also the cells that become cancerous in melanoma. In studies, exposure of skin to UV rays upset the balance of miRNA expression in normal human melanocyte skin cells—but these UV-induced miRNA changes differed dramatically between healthy women and those with a history of melanoma in the past, suggesting that melanocytes in certain people, though seemingly normal, already respond differently to UV rays, which may explain their risk for future cancer development.

Interestingly, melanocytes of healthy individuals, upon exposure to the same UV radiation, did not reflect these changes. These findings which importantly depend on micro-RNA expression may help scientists better understand how melanoma begins and how it might be prevented, as well as spur new research ideas and therapeutic strategies.

Comments Off on What MicroRNAs Mean in Cancer