What’s the Difference Between a Baby, Newborn, Infant, and Toddler? 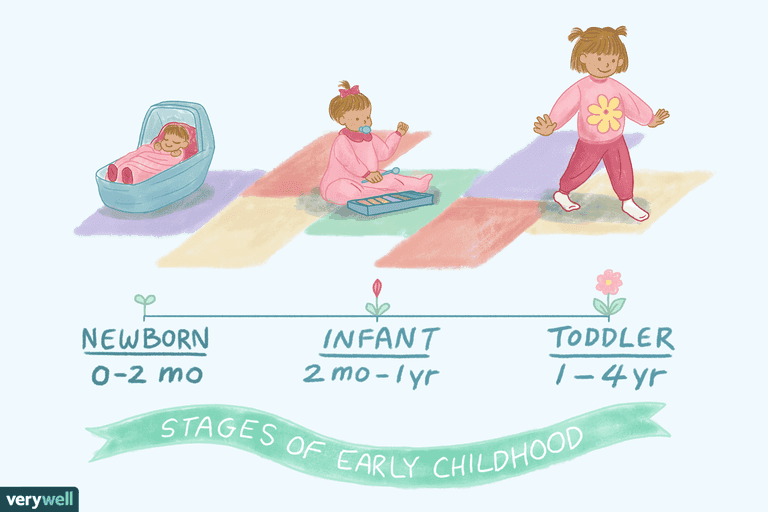 The English language has several terms for children between the ages of birth and 4 years, including newborn, infant, baby, and toddler. The terms are often used interchangeably and may mean different things to different people. Here’s a look at each of these terms, what age range they apply to, and an overview of the growth and development you can expect during that time.

Though the terms “baby,” “newborn,” and “infant” are frequently used synonymously, the exact definition depends on the source you consult.

The Merriam-Webster dictionary simply says a newborn is a child who is recently born and does not put an upper limit to the term. Merriam-Webster also defines an infant as a child in the first stage of life but doesn’t give any age specifics and describes a baby as “an extremely young child.” The World Health Organization (WHO) defines a newborn, infant, or neonate, as a child that’s under 28 days old.

Between birth to 1 year of age, babies grow and develop at an astounding rate. They learn to smile, roll over, sit up, wave, clap, pick objects up, crawl, babble, and some may even start saying a few words. They learn to bond with and trust their caregivers and they often understand more than they are able to communicate. Babies enjoy music, movement, and simple games like peek-a-boo. By the end of this period, many babies are standing up and walking around holding onto furniture, if not walking completely independently. They’ve also typically tripled their birth weight and grown around 6 to 8 inches by the time they’re a year old.

As the name implies, a toddler is classically defined by the Merriam-Webster dictionary as a child who is just learning to walk or one who toddles. This is often around 1 year of age.

Toddlers may be considered children that range from 1 year to 4 years of age, though others may have different definitions of these terms. There’s no official definition of the upper limit of toddlerhood. However, most people consider the end of the toddler age to be around the time a child is ready to transition into preschool.

Encyclopedia Brittanica defines a toddler as a child who is between 12 and 36 months old (1 to 3 years old), as does the Centers for Disease Control and Prevention (CDC). The CDC considers children who are ages 3 to 5 years old to be preschoolers.

As babies move into their second year of life, they become more mobile and more independent, exploring everything they can access. Nearly all children are walking by 18 months. They’re also learning to talk, to identify and imitate the people around them, and to follow simple instructions.

As they get older, they learn to express more emotions, speak in phrases and sentences and can help get themselves dressed and ready for the day. They enjoy simple games, songs, and rhymes, and they can start learning their colors, shapes, and alphabet. Like little sponges, toddlers soak up everything, so memorization comes fairly easily.

They still need a lot of sleep and may take a nap or two during the day, as well as sleep 10 to 12 hours a night. By the time he or she is 3 years old, the average toddler has usually reached between 53 percent and 57 percent of his or her adult height.

Comments Off on What’s the Difference Between a Baby, Newborn, Infant, and Toddler? newborn babies