When Should Your Baby Sleep Through the Night? 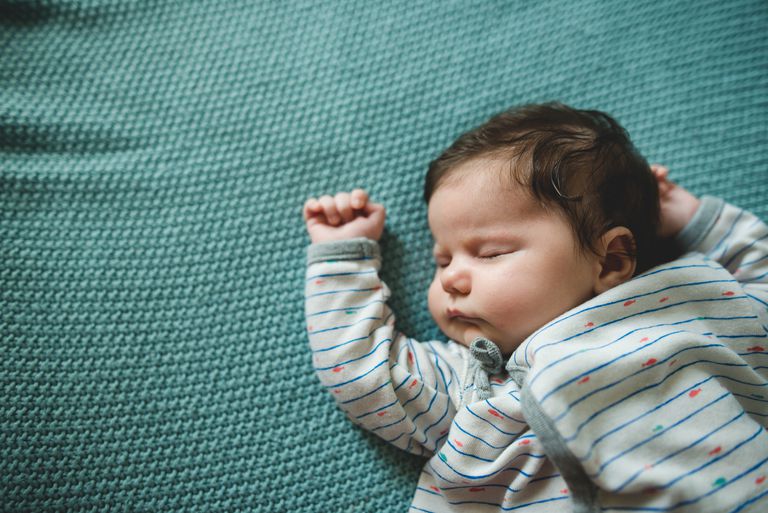 If so, that may be a good thing or a bad thing, depending on your idea of what a baby’s sleep schedule should be like.

When you think about a sleeping baby, do you picture a baby sleeping through the night, or a baby that sleeps for just four or five hours and is up crying and wanting to eat?

A baby’s sleep schedule depends on their age, so either sleep schedule is normal. A one- or two-month-old is still going to wake in the middle of the night to eat, while a five- or six-month-old may be able to sleep all night. Waking up isn’t really considered a problem unless your older infant is still waking up several times a night.

This scenario highlights the importance of understanding how baby sleep schedules change as babies get older. Parents, especially first-time parents, will be much less frustrated if they know what to expect from their baby and when their baby’s sleep patterns might indicate a problem.

Wondering when your baby will begin sleeping through the night is a common concern.

A newborn baby can sleep up to 19 hours a day, although the National Sleep Foundation recommends 14 to 17 hours. This is often broken up into two or three-hour stretches, after getting up to eat briefly, and then going back to sleep.

By one month, babies may start to sleep for 14 hours a day and will likely have one long stretch in the first part of the night of at least four or five hours, followed by waking up and eating every two or three hours.

The rest of your baby’s first year may look something like this:

Keep in mind that when we say eight or nine hours at night, that typically means eight or nine hours without waking up. While some kids are not sleeping that long, by the time they are three or four months old, you can usually expect your baby to be sleeping for at least one long stretch of at least five to six hours, and ideally longer.

If your baby isn’t sleeping that long, talk to your pediatrician.

While older toddlers and preschoolers may resist going to bed and may also wake up in the middle of the night, sleep problems for infants usually involve waking up multiple times during the night.

Like the timing of sitting up and rolling over, sleeping through the night is a developmental milestone that your baby has to meet. So the fact that a four-month-old still wakes up once to eat can be normal. On the other hand, if your baby is still waking up two or three times a night at six months, there may be a sleep problem that you can work to improve.

The best way to fix your baby’s sleep problems is usually to work on a bedtime routine and teach your baby to fall asleep on his or her own. This usually means falling asleep without rocking, nursing, or drinking a bottle. You can still do all of those things, just move them to a little earlier in your bedtime routine and put your baby down in the crib while drowsy, but still awake.

Next, be consistent and try to do all of the same things, in the same way, at the same time each evening.

If your baby doesn’t settle down after a few minutes, offer comfort quickly and put him or her back down before he or she falls asleep. Babies should eventually learn to fall asleep on their own and comfort themselves back to sleep if they wake up at night.

For extra help getting your baby to sleep through the night, consider reading one or more of these parenting sleep books:

A visit to your pediatrician can also be a good idea if your baby is having sleep problems, both to offer advice on sleep habits and to make sure your baby doesn’t have a medical problem, such as reflux or an ear infection.

Comments Off on When Should Your Baby Sleep Through the Night?