Which Over-The-Counter Medications Are Safe When Trying to Conceive? 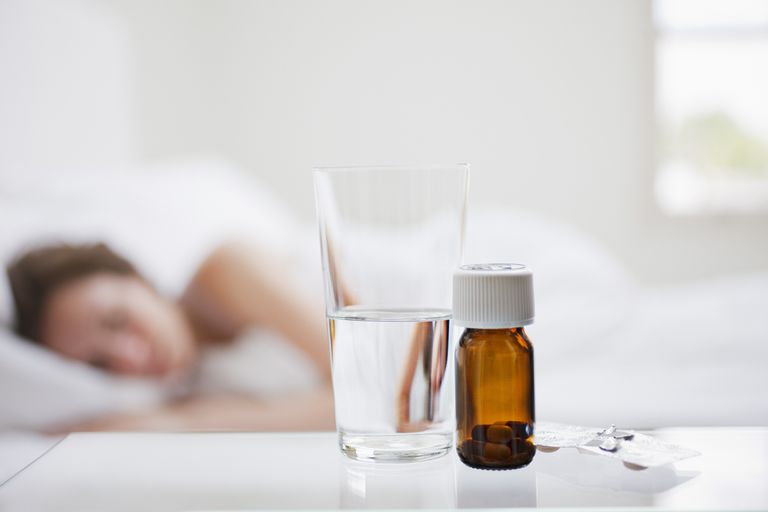 Can ibuprofen cause infertility? Can cough syrup help you get pregnant? Are there over-the-counter (OTC) medications you shouldn’t take during the two-week wait? These are common questions people have regarding non-prescription drugs and trying to get pregnant.

You likely know that you need to be careful about what medications you take when you’re pregnant. But the information isn’t as clear as when you’re still trying.

As always, talk to your doctor about any concerns you have regarding both prescription and non-prescription. Keep in mind that both men and women need to discuss their medications and how they may impact fertility with their healthcare provider.

With that said, here’s some guidance on OTC drugs and fertility.

Can Ibuprofen or NSAIDs Cause Ovulation Problems?

Ibuprofen is an NSAID or nonsteroidal anti-inflammatory drug, and it is a popular pain reliever. For women who get severe period cramps, NSAIDs can be a lifesaver. Unfortunately, they may interfere with ovulation. This class of medication is the only over-the-counter drug that has research backing up a possible negative effect on fertility.

“I am unaware of definitive proof that any OTC medication reduces or improves the likelihood of conception,” explains Dr. Kevin Doody, a reproductive endocrinologist in Dallas, Texas. “The exception to this is that we know NSAID class drugs can impair the rupture of the follicle and release of the egg. Indomethacin [a prescription NSAID] specifically has been shown to cause LUFS (luteinized unruptured follicle syndrome).” LUFS is when an egg develops but doesn’t get released from the follicle at ovulation.

Why is this? Ovulation involves a follicle on the ovaries breaking open and releasing an egg. This is a natural inflammatory action of the body. In other words, while we think of inflammation as “bad,” in this case, inflammation seems to be required for healthy, normal ovulation. NSAIDs suppress inflammation, even “good” inflammation.

But before you throw away all your ibuprofen, or blame it for your current infertility, be aware that an occasional dose is unlikely to make a huge impact.

What’s the Research on NSAIDs and Ovulation?

A randomized crossover trial had 12 women take 800 mg of ibuprofen three times a day, for 10 days. They took the pain relievers during the first half of their cycle, or the follicular stage before ovulation occurs. Researchers found that ovulation was significantly delayed in women taking the NSAIDs.

However, this was a small study, with just 12 women. They were also taking high doses of the drug, over a period of several days. This doesn’t represent typical use.

A larger study looked at whether NSAIDs could help prevent premature ovulation during an IVF cycle. (If ovulation occurs before the eggs can be retrieved, the cycle has to be canceled.) This study of approximately 1,800 cycles did find that NSAID drugs could help prevent early ovulation. In this case, NSAIDs were helpful. They helped prevent IVF cycle cancelations. But the results also show the possibility that NSAIDs can delay ovulation, potentially when it’s not so useful.

Not all the research shows NSAIDs are bad for ovulation. In an observational study, researchers collected data from women using a variety of pain relievers as they usually would and how it may impact reproductive hormones and ovulation.

Out of 175 women, almost 70 percent said they used over-the-counter pain relievers. Ibuprofen was the most popular medication used, at 45 percent of the time, followed by acetaminophen, aspirin, and naproxen.

Women who reported using any pain relief medication during the first half of their cycle were less likely to have an anovulatory cycle. In other words, not only did the pain medications not delay infertility—they seemed to be associated with a lower risk of ovulatory problems. In this case, the OTD drug may have helped fertility.

So, what should you think? An occasional ibuprofen or NSAID is unlikely to cause fertility problems, but it’s probably best to avoid it, when possible.

Is Ibuprofen a Problem for Male Fertility?

NSAIDs may not be a problem only for women. They may also possibly cause male fertility problems.

In a small clinical trial, 31 men were exposed to prolonged, high doses of ibuprofen. This was intended to replicate how male athletes may take the drug. The study extended over six weeks and involved taking 600 mg of ibuprofen, twice daily.

After just 14 days of ibuprofen use, some of the men taking ibuprofen developed an induced state of compensated hypogonadism. This is when the ratio of testosterone to LH hormone is not normal. This could theoretically lead to lower sperm count.

This particular study, however, did not conduct sperm count testing. So, should men who are trying to conceive with their partners take ibuprofen?

“I think taking an occasional Advil is fine,” says urologist and male fertility specialist James M. Hotaling of Reproductive Medicine Associates of New Jersey. “The effect was only seen after a prolonged exposure. More work is needed before we can make firm conclusions.”

How much is too much ibuprofen? “I think they should become concerned if they are taking high doses of ibuprofen or Tylenol for a long period of time, for over two weeks.” Still, not all pain relievers are off the hook, especially prescription narcotics. “Men should not take narcotics while trying to conceive as this can alter the male hormone axis and cause problems with sperm,” Hotaling says.

Is Cough Medicine Good or Bad for Fertility?

If you’ve spent any time in fertility forums or social media groups, you’ve heard that the expectorant guaifenesin can help your fertility. Specifically, people say that it improves cervical mucus quality.

There’s little to no evidence, however, that this is true. “The idea that guaifenesin might promote fertility through increased production of cervical mucus has been around for decades,” explains Doody. “I am unaware of any proof that this is true. I don’t know any fertility specialists that recommend it.”

There’s another cough medicine that you should know about: dextromethorphan. This is one you should likely stay away from when you’re trying to get pregnant. Dextromethorphan is a cough suppressant and found in some popular cold medications. This medication is not recommended during pregnancy and is listed by the FDA as a Category C pregnancy drug risk. What this means is that animal studies have found possible risks to the fetus, and while that doesn’t mean it will for sure have a negative impact on human babies, to be safe, it’s best to be avoided during pregnancy.

Antihistamines and Allergies: Can They Cause Trouble?

Something else you may have seen in fertility forums is the suggestion to avoid allergy medications, specifically antihistamines. This is because histamines are known to have some role in the uterus. No one really knows how histamines are important for conception, but the concern is that antihistamines may interfere with embryo implantation.

That said, there’s currently no evidence that antihistamines reduce fertility. That doesn’t mean they don’t interfere with fertility. Only that no research has proven otherwise.

Another concern is that many allergy medications dry up mucus (to stop your runny nose). That means it may also lead to less fertile quality cervical mucus. At least, that’s what people say. Again, there’s no hard evidence that allergy medications interfere with your ability to get pregnant.

To be on the safe side, avoiding allergy medications when you’re trying to get pregnant, and especially during fertility treatment, is probably wise. But it may not be necessary. Talk to your doctor about what’s best for you.

OTC Drugs and the Two-Week Wait: What Should You Do?

Read the warning label on almost every over-the-counter medication, and it will say something like, “If you’re pregnant or breastfeeding, talk to your doctor.” This is partially a legal issue (they want to avoid getting sued), but also because we don’t know for sure what the impact of every medication will be on a fetus.

“Medications are substances that have not been present in the environment during our evolution,” explains Doody. “It is extremely unlikely that any medication will have any direct benefit to the fetus as it develops. On the other hand, molecules that cross the placenta at significant concentrations may have some unintended effect.”

“It is true that these commonly used OTC drugs are unlikely to have an immediately recognizable impact (e.g. major birth defects),” Doody continues. “It is impossible to adequately study the subtle impacts that these substances may cause. An example of this is the controversy that now surrounds Tylenol use during pregnancy. Speech delay is subtle. NSAID type drugs also appear to affect the testicles of male fetuses.”

All that said, only you and your doctor can decide whether the possible risks of a particular medication are outweighed by its benefits. If you are currently taking a medication, especially a prescription drug, don’t stop taking it without talking to your doctor first. It can be dangerous to discontinue some medications suddenly, and it may be better for you (and your baby) to continue—even if you’re trying to conceive or are pregnant.

Comments Off on Which Over-The-Counter Medications Are Safe When Trying to Conceive?