Why Pulmonary Edema Is a Problem 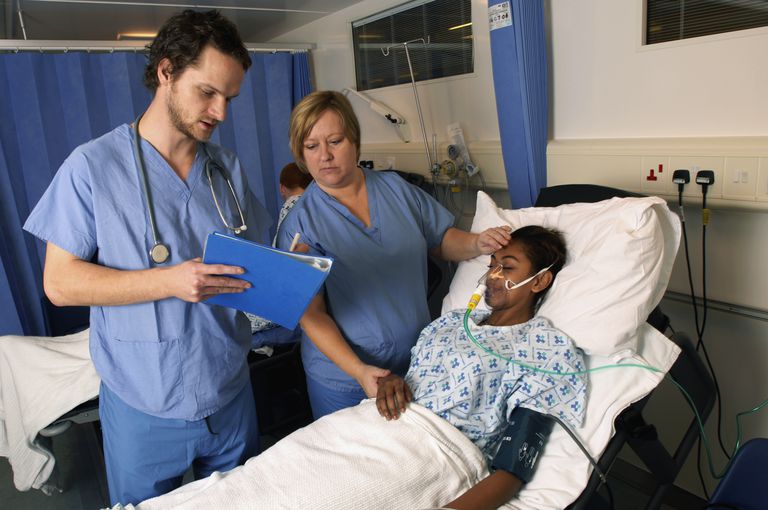 Pulmonary edema is a serious medical condition that happens when excess fluid begins to fill the lungs’ air sacs (the alveoli). When the alveoli are filled with fluid, they cannot adequately add oxygen to, or remove carbon dioxide from, the blood. So pulmonary edema produces significant breathing difficulties, and may often become a life-threatening problem.

Why Pulmonary Edema Is a Problem

The alveoli are where the real work of the lungs takes place. In the alveolar air sacs, the fresh air we breath comes in close proximity to the capillaries carrying oxygen-poor blood from the body’s tissues. (This oxygen poor blood has just been pumped from the right side of the heart out to the lungs, via the pulmonary artery. Here is more about how the heart works.)

Through the thin walls of the alveoli, critical gas exchanges occur between the air within the alveolar sac and the “spent” blood within the capillaries. Oxygen from the alveoli is taken up by the capillary blood, and carbon dioxide from the blood diffuses into the alveoli. The blood, now oxygen-rich once again, is carried to the left side of the heart, which pumps it out to the tissues. The “used” alveolar air is exhaled out to the atmosphere, as we breath.

Life itself is dependent on the efficient exchange of gasses within the alveoli.

With pulmonary edema, some of the alveolar sacs become filled with fluid. The critical exchange of gasses between inhaled air and capillary blood can no longer occur in the fluid-filled alveoli. If sufficient numbers of alveoli are affected, severe symptoms occur. And if the pulmonary edema becomes extensive, death can ensue.

Pulmonary edema may occur acutely, in which case it commonly causes severe dyspnea (shortness of breath), along with coughing (which often produces pink, frothy sputum), and wheezing. Sudden pulmonary edema also may be accompanied by extreme anxiety, and palpitations. Sudden-onset pulmonary edema is often called “flash pulmonary edema,” and it most often indicates a sudden worsening of an underlying cardiac problem. For instance, acute coronary syndrome can produce flash pulmonary edema, as can acute stress cardiomyopathy.

Acute pulmonary edema is always a medical emergency, and can be fatal.

Chronic pulmonary edema, which is often seen with heart failure, tends to cause symptoms that wax and wane over time, as more or fewer alveoli are affected. Common symptoms are dyspnea with exertion, orthopnea (difficulty breathing while lying flat), paroxysmal nocturnal dyspnea (waking up at night severely short of breath), fatigue, leg edema (swelling), and weight gain (due to fluid accumulation).

With some medical conditions, the alveoli can fill up with fluid for reasons unrelated to elevated cardiac pressure. This can occur when the capillaries in the lungs become damaged, and as a consequence they become “leaky” and allow fluid to enter the alveoli.

The most common cause of this sort of non-cardiac pulmonary edema is acute respiratory distress syndrome (ARDS), which is caused by a diffuse inflammation within the lungs. The inflammation damages the alveolar walls, and allows fluid to accumulate. ARDS is typically seen in critically ill patients, and may be caused by infection, shock, trauma, and several other conditions.

In addition to ARDS, non-cardiac pulmonary edema may also be produced by:

Rapidly making the correct diagnosis of pulmonary edema is critical; and especially critical is correctly diagnosing the underlying cause.

Once pulmonary edema has been found, steps must be taken immediately to identify the underlying cause. The medical history is very important in this effort, especially if there is a history of heart disease (or increased cardiovascular risk), drug use, exposure to toxins or infections, or risk factors for pulmonary embolus.

The immediate goals in treating pulmonary edema are to reduce the fluid buildup in the lungs and restore blood oxygen levels toward normal. Oxygen therapy is virtually always given right away. If signs of heart failure are present, diuretics are also given acutely. Medicines that dilate blood the vessels, such as nitrates, are often used to reduce pressures within the heart.

However, The ultimate treatment of pulmonary edema — whether it is due to heart disease or to a non-cardiac cause — requires identifying and treating the underlying medical problem.

Pulmonary edema is a serious medical condition caused by excess fluid in the alveoli of the lungs. It is most often due to cardiac disease, but can also be produced by a range of non-cardiac medical problems. It is treated by rapidly addressing the underlying cause, using diuretics, and sometimes with mechanical ventilation.

Comments Off on Why Pulmonary Edema Is a Problem heart disease