Why the Anatomy of Coronary Arteries Matters 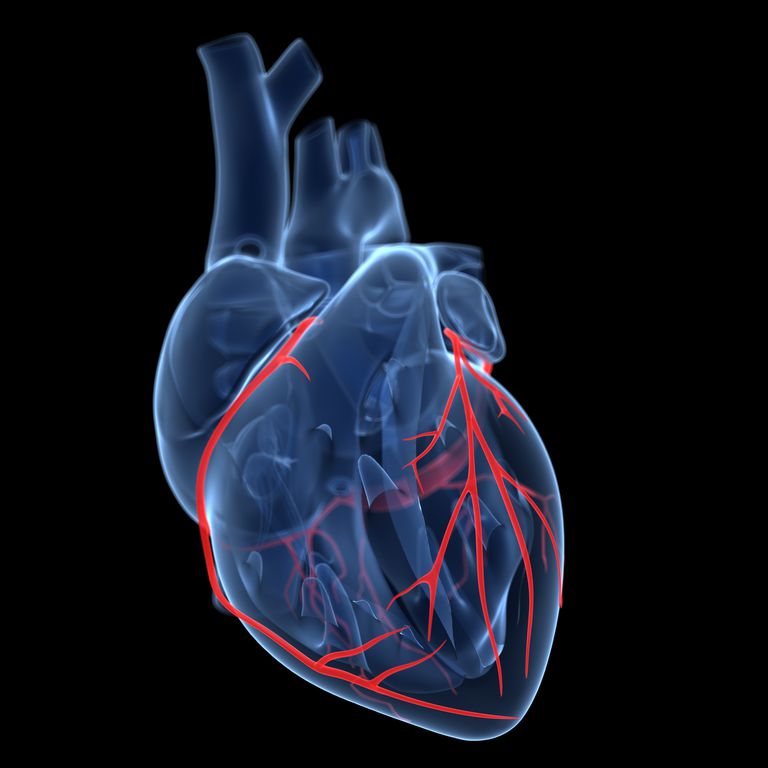 The coronary arteries are the blood vessels that supply blood to the myocardium (heart muscle). Because it must work continuously (as opposed to other muscles of the body, which are often at rest), heart muscle has a very high requirement for oxygen and nutrients and therefore requires a very reliable, continuous supply of blood. The coronary arteries are designed to deliver the continuous blood supply necessary for the heart to work properly.

If the blood flow through the coronary arteries become partially blocked, the heart muscle may become ischemic (oxygen-starved), a condition that often produces angina and a drop-off in muscle function (manifested by weakness and dyspnea). If the blood flow becomes completely blocked, the heart muscle supplied by the blocked artery can suffer infarction or cell death. This is called a myocardial infarction, or heart attack.​

Anatomy of the Coronary Arteries

The LM artery quickly branches into two large arteries — the left anterior descending artery (LAD) and the circumflex artery (Cx). The heart muscle itself, then, is supplied by one of these three major coronary arteries: the LAD, the Cx, and the RC. The picture (above) shows the RC and the LAD arteries. (The Cx artery is depicted by a ghost-like shadow behind the heart.)

The RC artery is shown on the left side of the figure, coursing around the edge of the heart. The long segment of the RC that, in this picture, goes to the very tip of the heart (the apex) is called the posterior descending artery (PDA).

The RC artery and its branches supply blood to most of the right atrium, right ventricle, sinus node, and (in most people) the AV node.

Returning to the picture, the LAD and its many branches are shown coursing down toward the apex from the top of the heart. The LAD supplies the left atrium and major portions of the left ventricle — the heart’s major pumping chamber. So a heart attack arising from a blockage in the LAD almost always does serious damage. Coronary artery plaques in the LAD are often referred to by cardiologists as “widow makers.”

The significance of the damage done to the heart muscle during a heart attack depends not only on which artery is affected but also on the location of the blockage within the artery. A blockage close to the take-off of the artery will likely do far more damage than a blockage further down the artery, or in one of its small branches. If a heart attack occurs, permanent damage can often be prevented by getting immediate medical attention, as several strategies are available for quickly opening a blocked coronary artery.​

Comments Off on Why the Anatomy of Coronary Arteries Matters