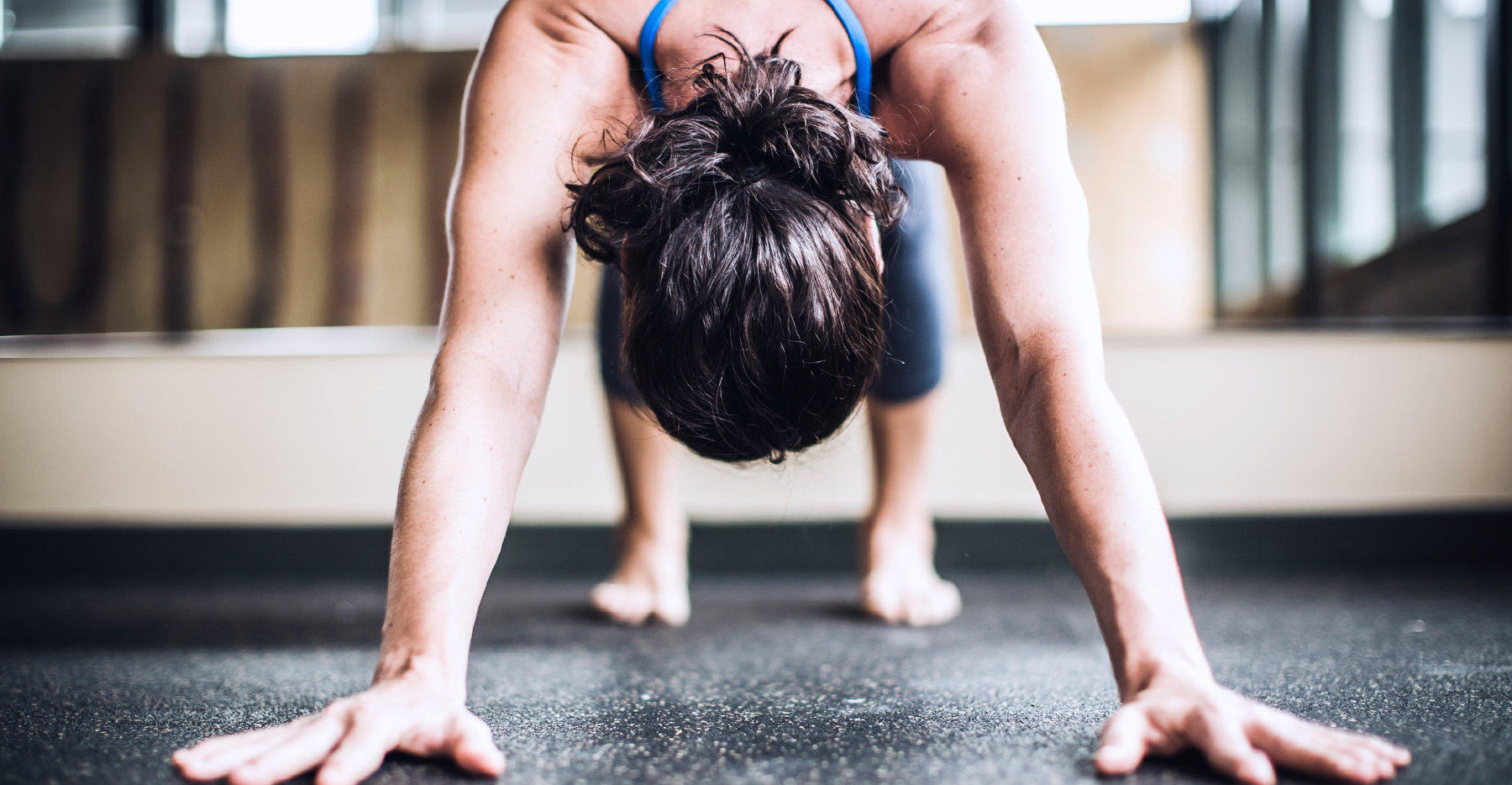 21 June is International Yoga Day. The theme for the 2018 celebration, organized by the Permanent Mission of India to the United Nations, is ‘Yoga for Peace.’

A study conducted in Finland reported that, among 300 yoga studios regulars surveyed, there were 1.18 injuries for every 1,000 hours of practice. In another 2012 survey of 2,500 practitioners in Australia, 2.4 percent had a yoga-caused injury over the previous year. Similar reporting have been published in the Journal of Bodywork and Movement Therapies (2017), from recreational participation in yoga. The results indicated that yoga caused musculoskeletal pain in 10 percent of people and exacerbates 21 percent of existing injuries.

“While yoga can be beneficial for musculoskeletal pain, like any form of exercise, it can also result in musculoskeletal pain,” according to lead researcher Associate Professor Evangelos Pappas from the University’s Faculty of Health Sciences, who conducted the study with Professor Marc Campo from Mercy College, New York.

Other yoga injuries occur as a result of overuse of the muscles involved. So take it easy on retreats, during a 30-day yoga challenge class or when you suddenly go from doing one class a week to four.

First step in avoiding pain: stop trying to be great at yoga. “The number one cause of injuries is the ego,” says Awan. Avoid looking around the room to see if you’re acing the pose compared to others. When you push your body into a new pose and it hurts, stop. Read class descriptions and, if you’re new, you don’t join an advanced class.

Forward bends can lead to bulging disks and other low back injuries. The problem is when yogis keep their legs too straight and round their backs going into a pose. Instead, keep a micro-bend in your knees, aim for a straight back, don’t fold too deep and engage your abs to keep your core stabilized. If the teacher offers props, use them! 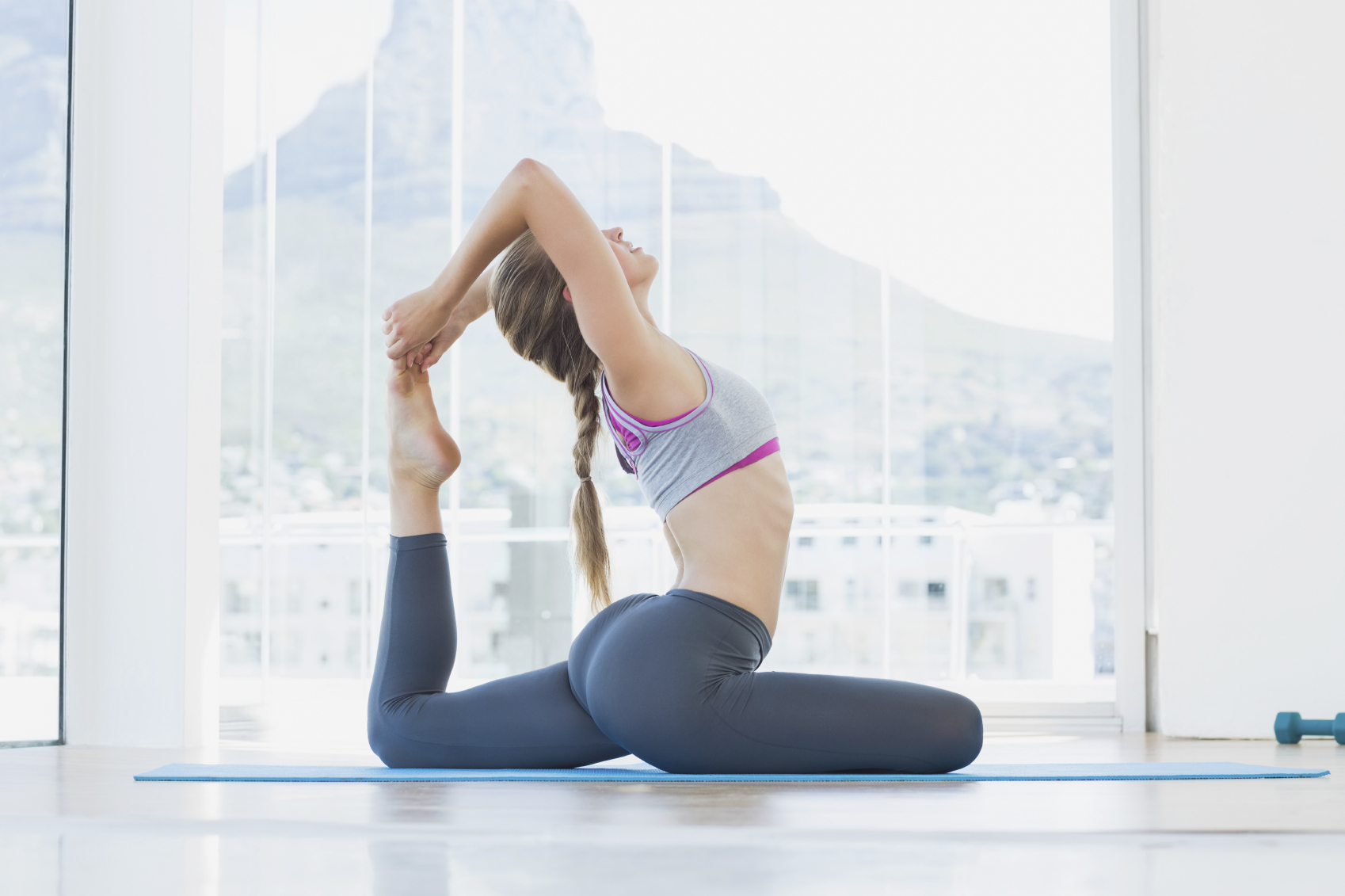 Knee tear can happen if you let the knee twist out of alignment when doing pigeon pose, warrior poses or half lotus. According to certified personal trainers, moving from the hip while keeping the knee bend often prevents these injuries. Do all the prep poses before moving into something like half lotus and use props during pigeon to support the knee.

Ironically, if you work too hard to protect your lower back — yet push deeply into a forward bend — you can pull your hamstring muscle up near your buttocks. Women who go very deep into forward bends tend to do this. Instead, pull back. But also, breathe into the entire length of the hamstring along the back of the leg to be sure you’re stretching it all.

This is the most commonly reported injury. This makes sense because the upper limbs were not designed to support a lot of weight as in downward dog. Your body alignment during downward dog, arm balances and handstand also has to be near perfect. Make sure your fingers are evenly spread and that both your index finger and the heel of your hand are pushing into the mat.

Pain in the Neck 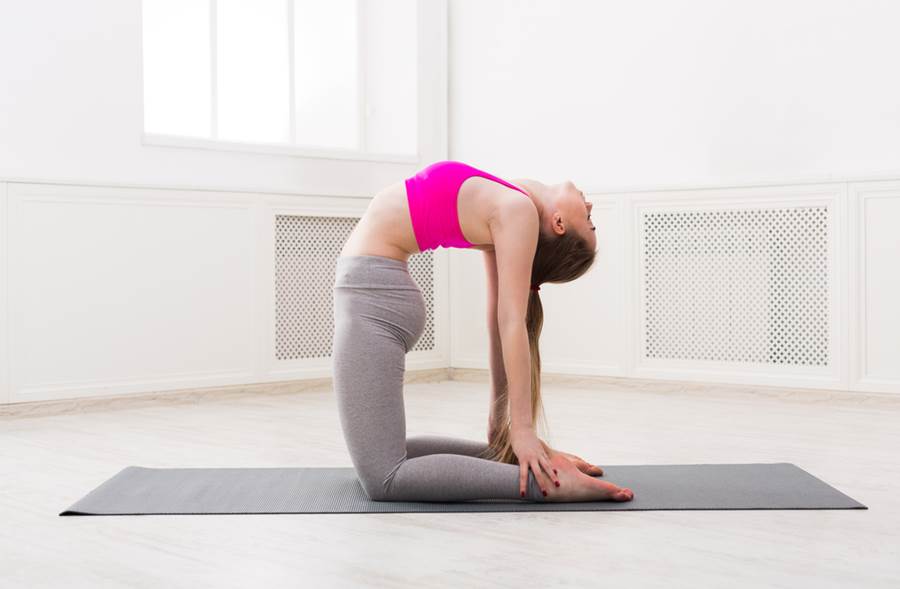 Neck injuries are probably the scariest area to harm — and it does take time to heal. Going into full wheel and resting on the top of the head before going up into the pose is a dangerous move, as much of the body weight is on the neck. Be cautious in headstand, plough and shoulder stand that you’re not putting too much weight on your neck. Also, in poses like camel and upward dog, you can fling your neck too far back without support. When putting pressure on your neck in an inversion, try to better distribute your weight, putting more of it on your arms. Prioritize neck safety over goals such as putting your feet to the floor in plough.

Still, yoga is one of the safest exercises out there. You need to be aware in every class of any pain and be mindful of your body’s limits. Find the right class for your level, with an experienced teacher who thinks about safety just as must as testing your limits.

Pain caused by yoga can be prevented by careful performance and participants telling their yoga teachers of injuries they may have prior to participation, as well as informing their healthcare professionals about their yoga practice.

Comments Off on Yoga Related Injury: Listen To Your Body